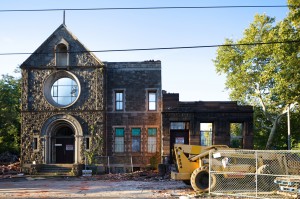 Nearly a full term of the Nutter administration under their belts, there is a sense among some city officials that the city is in full transition from “old Philadelphia” to new. Old Philadelphia: corrupt, parochial, its own worst enemy. New Philadelphia: innovative, progressive, transparent. “Our brand is changing,” says deputy mayor for planning and economic development Alan Greenberger. “Mythology dies hard, but we’re slowly killing it off. We’re doing it by building back our reputation as a city that is serious about itself, that we’re a city with standing in the world.”

Greenberger points to the enormous number of talented young people, in nearly every field–from nanotechnology to modern dance–who see in Philadelphia a chance to advance themselves and their careers. He points to real progress reforming the zoning code; he points to the Philadelphia2035, the first master plan in 50 years. He points to the Navy Yard, which is slowly fulfilling its potential as driver of the city’s economy. He points to patents and technology transfer–both on the rise, and nearing the top, where they should be in a city with such richesse in science and medicine. 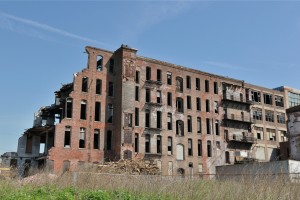 High time in serious city? No, all too often, in matters pertaining to preservation, site planning, and design, it’s a prolonged, and boring, amateur hour. 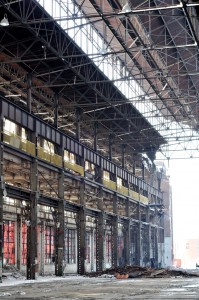 So we end 2011 without St. Clares Monastery, without hunks of the Frankford Arsenal–a place any serious city would never have handed to a hack developer for a song–without the last Cramp Shipyard building, without Shawmont Pumping Station, without Orinoka Mill, and we go into 2012 with a pipeline full of buildings already slated for removal.

In one way or the other we can rationalize this list. Orinoka, which lent scale and elevation to its neighborhood, never really had a chance: the mill stood a half block from the busiest drug corner in the city. And moreover, its owner was ill-equipped to make anything happen. Now, perhaps, removing half the building will open up an opportunity to reshape the beleaguered streetscape. Cramp’s: had to go–didn’t it?–for the upgrade of I-95. St. Clare’s: a baffling series of miscues and bureaucratic oversight that allowed this small but endearing, lovely and well-located building to fall through the cracks. The way it went down you would have thought that quite deliberately no one was looking.

Next year’s pipeline? A slew of churches, schools, mills, and rowhouses, victims of poverty, certainly, but also a fundamental lack of rigor in the way we manage our inheritance.

And so the slow ache of a city rich enough to dream and seemingly too poor to act endures. The ache of incompetence, the ache of insistent pragmatism, the child’s ache of destruction: joists dangling, plaster ripping, brick plummeting. And so often nothing really in mind as replacement.

But why, instead of seeing our inheritance of architecture and material culture as another asset to build upon and engage with do we spend our resources in savage self-destruction? Not for progress, usually. Not because we’re swelling with confidence in our own architectural ideas. Not because we’re building so quickly we haven’t time to notice. 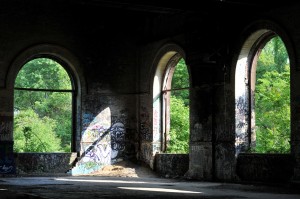 There are answers inside of answers: an Historical Commission so short of funding and so underutilized it wouldn’t even serve a small town and can’t come close to managing the city’s paltry few historic districts, let alone miles of jewels that live on by accident, or luck; uneven L&I enforcement; spot-zoning; last-minute deals; pathologically uncreative developers; poverty; poverty of imagination; poverty of municipal self-regard; financially unsophisticated non-profits; desperation.

The effort to protect old buildings and neighborhoods is so anemic there are only 5 neighborhoods designated by the city as historic and 9 total; in New York City, which we imagine runs hot and heavy over its past, there are 102 historic districts, and 11 more proposed.

For years, John Gallery, who directs the Preservation Alliance of Greater Philadelphia, has dreamed of a city-wide survey of historic buildings, so that we merely know what it is that we possess. But funding hasn’t been forthcoming–ignorance requires nothing.

Now the city controller Alan Butzovitz, who must think he’s in a shouting match with the School District, wants eight empty schools to be torn down. But has he even been inside them? Has he analyzed the value of those buildings? Tested them on the market? Our Rachel Hildebrandt says dozens of old schools–so often with scale and muscular architecture in a sea of flimsy rowhouses–have been adapted to new uses. Why not these?

Well, we shall see. It’s a day to lament and to remind ourselves of what we have. Later this afternoon, Peter Woodall presents a true Last Light, photos of the last Cramp shipyard building lost this year. For Pete, who loves crawling around old buildings, it’s personal. See the city through his eyes, perhaps we won’t be so quick to cast it all away.