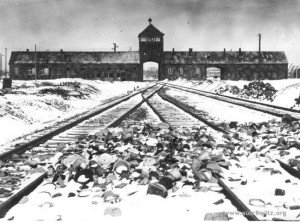 After a long walk up Passayunk, Chinese take-out, and getting soaking wet (it was the abysmal night they de-occupied Occupy), I finally sat down to chat with Mr. Lane Savadove, Artistic Director and founder of EgoPo (go ahead and puzzle over the name for a minute, then see if your guess is close). EgoPo is an innovative theater company that often stages site-specific productions in unusual and little-known spaces.  This coming Monday’s performance, a one-night-only staged reading of “The Investigation,” is at a slightly more prominent venue–the National Museum of American Jewish History.

JM: Where are you from? Where did you come up with the idea for EgoPo?
LS: I grew up around here, actually: Cheltenham, then New Hope. I went to Haverford, and I started out majoring in Biology and Pysch. That’s where I had the idea for EgoPo: that the muscles and bones of the body capture more than the abstract mind. “Le Moi-Peau” is Ego-Skin. Put it half in English, half in French and you get EgoPo.

JM: How did you start EgoPo?
LS: After graduation, I talked about the idea more with my college friends. Then I went to New York and was introduced to Judith Malina, the Artistic Director of The Living Theater–she was the queen of avant-garde in the 60s–and Mabou Mines. But in New York City I felt like there was nobody my age in theater. It was really a small offering: I’d go down the list of productions on a Saturday and realize I’d seen most of them already! So I went to San Francisco. I lived there for six years, and that’s where EgoPo started. Then I had a fellowship to start a sister company in Indonesia. When I came back and went to Columbia for a grad degree, I met Anne Bogart, who was working on similar stuff. I taught her Viewpoints for a directors’ class at NYU.

JM: Was EgoPo up and running then?
LS: With very little funds, we ended up doing a lot of co-productions, and I thought New York was too restrictive, too hard for EgoPo. The second time around, the talk of the town was New Orleans. I found a teaching job there and restarted the company. It was financially feasible and a great place to work. We could afford to rehearse and develop, and the economy was good. This was between 2001-2005. It was a tough audience, since there’s not much of a theater scene there; it’s more of a cabaret city. When Hurricane Katrina hit, we were on tour here–we’d heard about it coming, but it was the third hurricane of the season and nobody thought it was going to be that big–but after that, then we were stranded here. We had the truck and all the sets with us, so I told the company we were going to stick around. Five people, five Southerners, stayed for a year to help build the infrastructure of the company. They basically stayed long enough to make sure EgoPo wouldn’t die, and then scattered.

JM: Why didn’t they stay in Philly?
LS: Each had their own personal journey to follow. One went to New York, one to LA, one went back to Louisiana, and another went abroad. They had nothing keeping them here. But by that time we had made connections here, so it was a smooth transition for EgoPo. I met Brenna (an EgoPo director who got her master’s from Temple) and a few others. We did the Spark Festival with the Theater Alliance, and came out of a multi-week Viewpoints workshop where I first met so many Philly actors, who had been performing here years before. 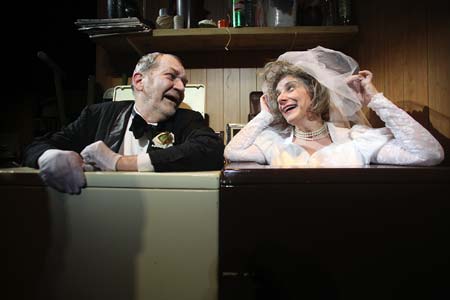 JM: What was your first impression of the theater scene in Philly?
LS: It was incredibly friendly. There was a flood of new people, and huge numbers of companies just starting up: Flashpoint, Simpatico, Azuka. It was exciting and diverse, and each company had its own personality. Pig Iron, Paradise–they were very different from small companies. And we had foundations calling in and seeing what they could do for us. The Pew, the Arden for a fundraising night, and the Fringe Festival raised several thousands of dollars and just gave it to us after Katrina.

JM: Did you feel like you were part of the community?
LS: It made us feel very welcome. Philly feels like home. I feel very comfortable here. It almost makes me sad to realize it–I could’ve been here the whole time!

JM: What are your ideas for the future? Do you plan to stay in Philly?
LS: We plan to stay. We’re growing rapidly–we have over 200 subscribers, which is amazing given how short a time we’ve been here. It’s a growing audience, and we need people to know who we are. We want to resume booking and touring–touring is an important part of this company–and we’d like to be artistic emissaries for Philly. Oh, and we need a home rehearsal space, a theater of our own. 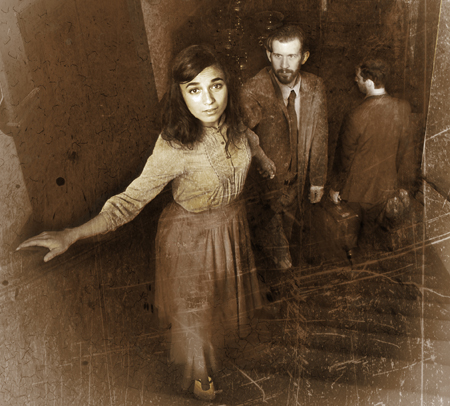 JM: Actually, I love that aspect of this company–getting to visit the remarkable venues you’ve found as EgoPo’s performing spaces in Philly, like the German Society library for “Hell” and the Latvian Society set up as a cabaret for “Artaud Unbound”–but here’s my last question: what do you feel you’ve brought to the artistic community in Philly?
LS: I think we bring something special to the city. We set a high bar for artistic excellence. We are ambitious in terms of the material and in the scale of the productions. It inspires other people and other companies. I see the effect on the repertory of plays other theaters choose to do. But most important, we make theater an event. Theater needs to be an event–special and exciting–and I think we carry that mantle strongly.