Philly As Waffle, Or How The City Was Built 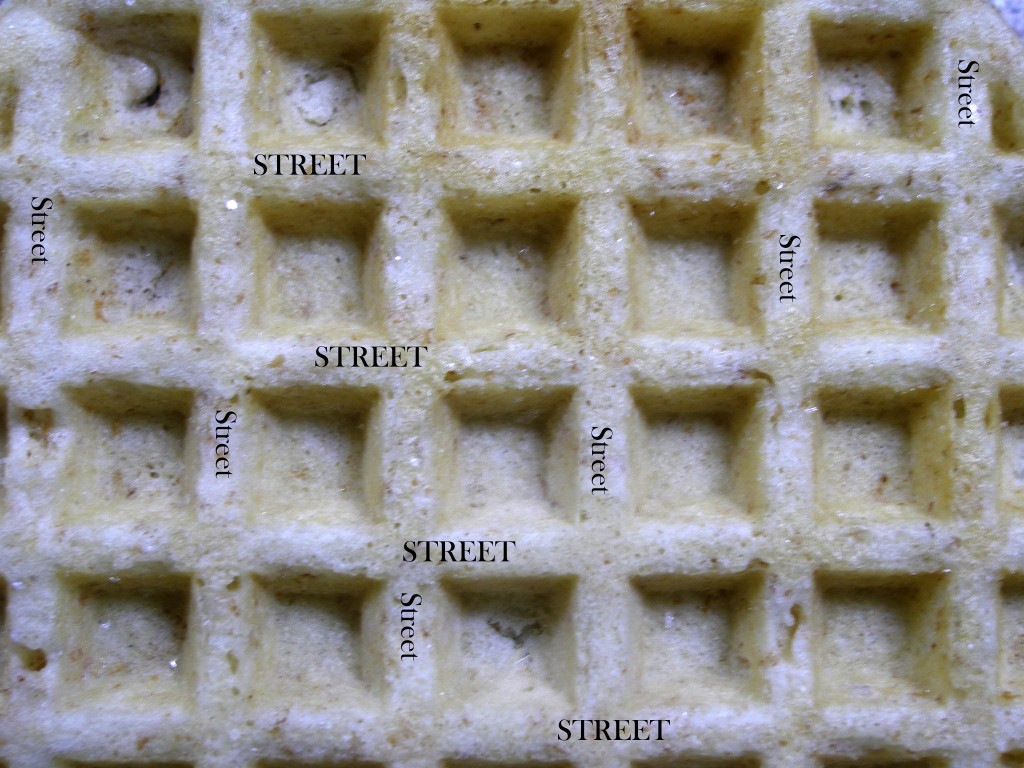 Philadelphia was not always as flat as it is today. The current lay of the land is the result of massive earth-moving undertaken over hundreds of years, with many millions of cubic yards cut from high ground and used to fill in low ground, leveling out the land to provide regular drainage as well as a level surface for buildings. This process was called the “regulation of ascents and descents”–that is, the rise and fall of the land and in particular, of the streets. Surveyors fixed the locations and levels of the city’s grid of streets, and as development proceeded west from the Delaware riverfront, the streets were required to be built at this regulated level.

The result of all this earth-moving was possibly the world’s largest waffle, a grid of streets built-up from the generally low ground. 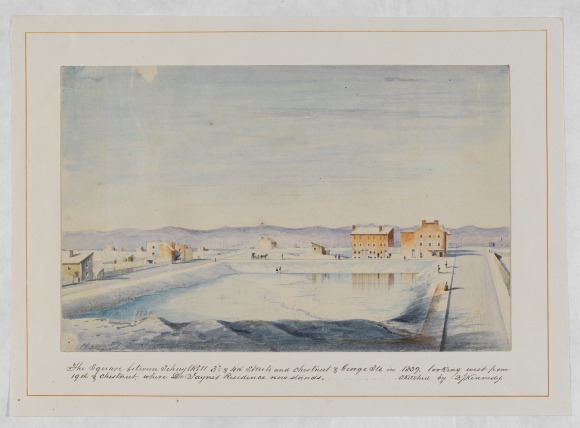 The city was only responsible for regulating the land within the street lines, from curb to curb. Any cutting or filling that needed to be done in the blocks outlined by the streets was the responsibility and expense of that property’s owner. Providing this infrastructure of streets was one way the city tried to entice property owners to develop their land. However, in many cases streets were extended far outside the city’s built-up sections, so owners often left their land at the higher or lower level for many years, leveling it for development only after property values went up.

When streets were cut through high ground, the resulting landscape was not a problem, since the high ground in the interior blocks would simply drain into the street, and from there into gutters or sewers designed to carry that water away. (For a wonderful illustration of this, click HERE.) 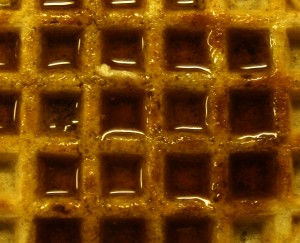 But when streets were built up across low-lying ground, the resulting street embankments would act as dams for any stormwater, just as the ridges in a waffle collect melted butter and syrup. The resulting ponds of water–sometimes as deep as 20 feet–made fun skating places in winter, but in summer they became stagnant, stinking and mosquito-infested, the problem exacerbated by their use as disposal places for kitchen wastes, dead dogs and cats—even dead horses. Since a predominant theory in the 19th century held that diseases could be caused by caused by foul odors, these stagnant ponds with their stinking summertime stews of rotting animal flesh became a problem for the city’s Board of Health. 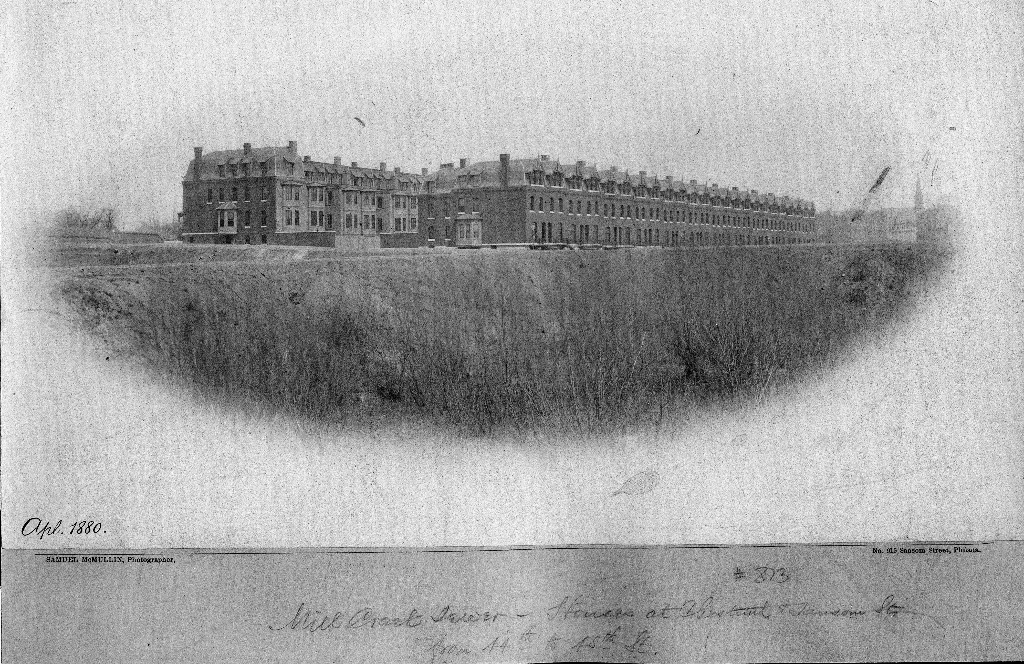 For much of the 19th century, the Board had a committee on Ponds, which would investigate reports of these stagnant pools and recommend solutions. A search for “ponds” or “stagnant” in the Philadelphia Inquirer historical database will turn up many hits, including this brief if pungent mention, dated July 9, 1874:

The pond of stagnant water and dead animals in the lot on the east side of 27th street, south of Federal, is declared a nuisance and the owners notified to abate the same at once by burying the dead animals and draining or filling to street level within ten days.

Plots of unfilled land, surrounded by street embankments, still exist in the city and provide a hint of both what the landscape might have looked like before it was leveled out with cutting and filling, and of the massive amounts of fill that were used in this leveling process. One is in Mt. Airy, where the embankment of Greene Street crosses a small tongue of Fairmount Park known as Carpenter’s Woods, between North and South Mt. Pleasant Ave.; a second is the section of Cobbs Creek Park at 66th Street and Sherwood Road, just off City Avenue. Both these parcels were originally planned to be filled, with the small streams running through them slated to be redirected into sewers; but both were saved by citizens who gave or sold their property to the city for park extensions.

If you know of any other such oddities in the city’s well-regulated landscape, please let us know.