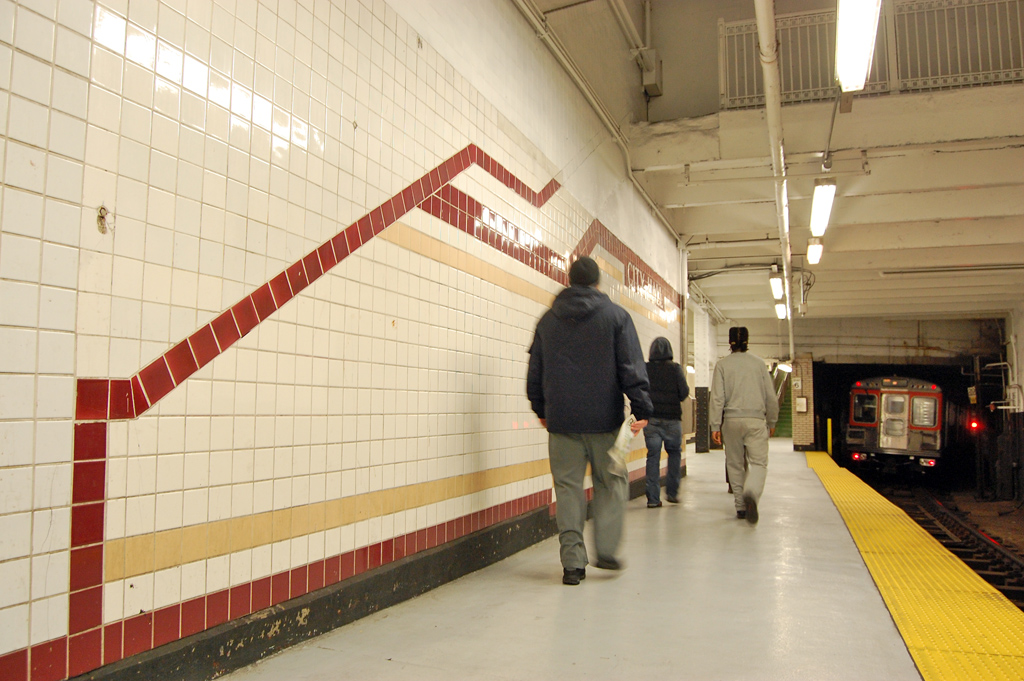 Much of SEPTA’s planned $100 million renovation of City Hall Station has been put on hold due to ongoing budget shortfalls. However, an infusion of federal stimulus funds will allow some of the station improvements to be implemented, in conjunction with the overhaul of Dilworth Plaza now getting under way. There are visible clues, like the abandoned staircase in the above photo, that the station has been altered before.

In fact, it almost was moved entirely–even before completion. Nearly a century ago, when the station was built, the narrow staircases and labyrinthine connecting passageways had to be painstakingly threaded through City Hall’s massive masonry foundations.  In 1916, the Annual Report of the Department of City Transit described problems encountered during the excavation of the station, including settling and cave-ins of portions of City Hall’s foundation. What had been envisioned by the station planners as properly built, mortared stone foundations proved to be little more than loose rubble. The 1916 report pointed out that funding for construction of the subway station was already exhausted, with only a fraction of the construction complete. The report went so far as to recommend abandoning the work done to that point, building a bypass track around City Hall, and designing a new station beneath the streets on the northwest corner of Center Square.

Ultimately that was never done, but it took until September 1, 1928 for the first subway train to enter the station.