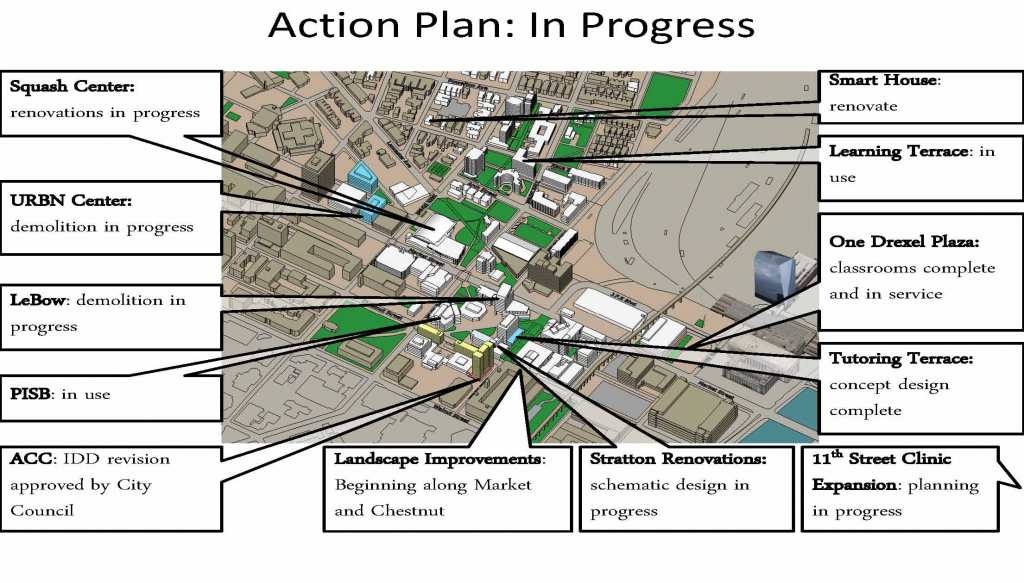 Last Friday morning, Drexel University presented its nearly complete master plan, developed by the Boston architecture and planning firm Goody Clancy, to members of the university community. We’ve been following the planning through the master plan’s blog, which you can access HERE.

Among the first projects to break ground is the ambitious American Campus Communities apartment complex, which will also provide 30,000 sf of retail along Chestnut Street: 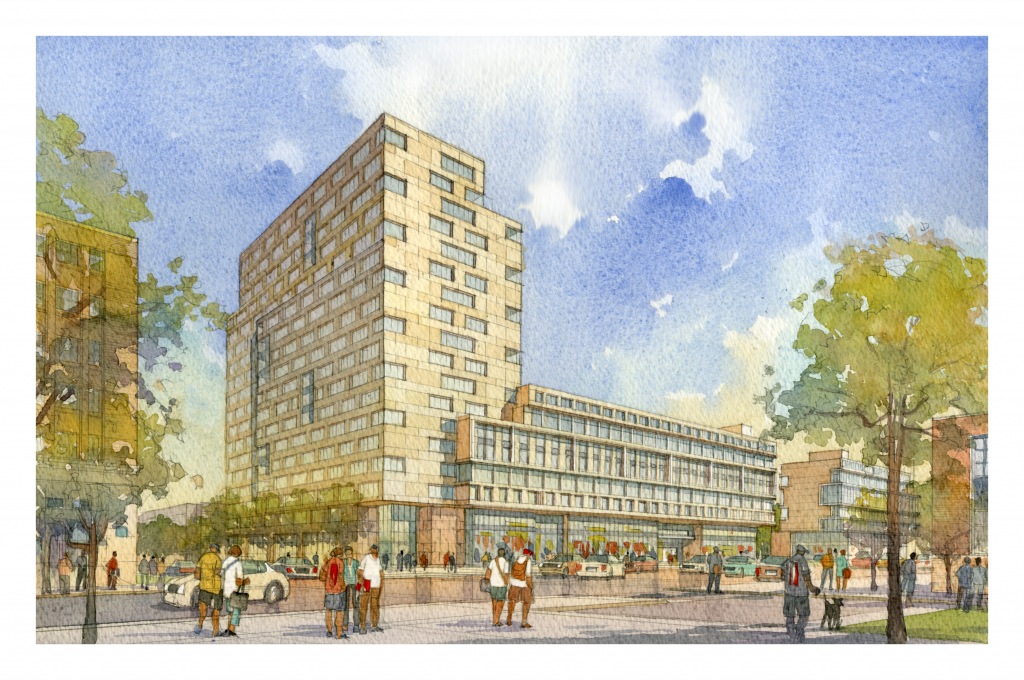 But Drexel’s plan reaches into the foreseeable future–to 2050, in fact. (As a point of reference, Temple University’s master plan extends to 2020.) The key values guiding the work:

In thinking through these values, the plan points to the recently-completed Daskalakis Center annex, Papadakis Integrated Sciences Center, and Millennium Hall (along with the contemporaneous Kelly Hall dining hall annex at the corner of 34th and Race) as key successes. It’s worth noting that this strategy, which embraces the University’s urban site, and enforces density and street life, exists in strong opposition to Drexel’s post-War brutalist pattern. It will also keep the campus from creeping into Powelton Village and Mantua.

Improvements covered by the master plan range from the small to the large and include things like adding and improving plantings and tree cover. Jersey barriers around the Armory, for example, were just this past month converted to planters. 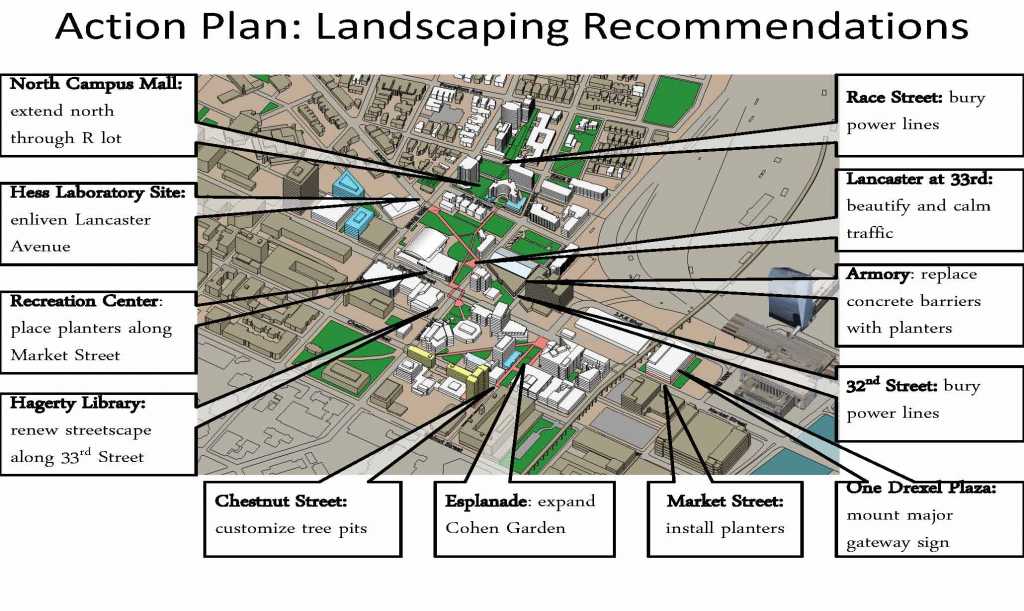 But the heft of the plan is in the long-term creation of space for administrative programs and residences (the goal is to double the number of on-campus beds), the provisioning of common areas called “Learning Terraces” (the first was completed in the Race Street Residence Hall), and the transformation of key streetscapes and corners.

As the final plan takes shape in 2012, I’ll have a complete review. Stay tuned as Drexel seeks to transform its location–what was so long considered a liability–into an increasingly valuable urban asset.