Two short “Founds” instead of one longer one today. If anyone knows more about either location, please chime in–research is getting short shrift tonight because I need to bake the first batch of plum pudding for next Wednesday’s Unsilent Night/Orpheus Club holiday party. Find out more about the event HERE.

First off, South Philadelphia is usually the land of Red, White and Green, whether from the Italian flag or more recently the Mexican one. An unlikely place to see the splash of tropical color on a dead end street–South Darien to be exact–between 8th and 9th off Reed Street. 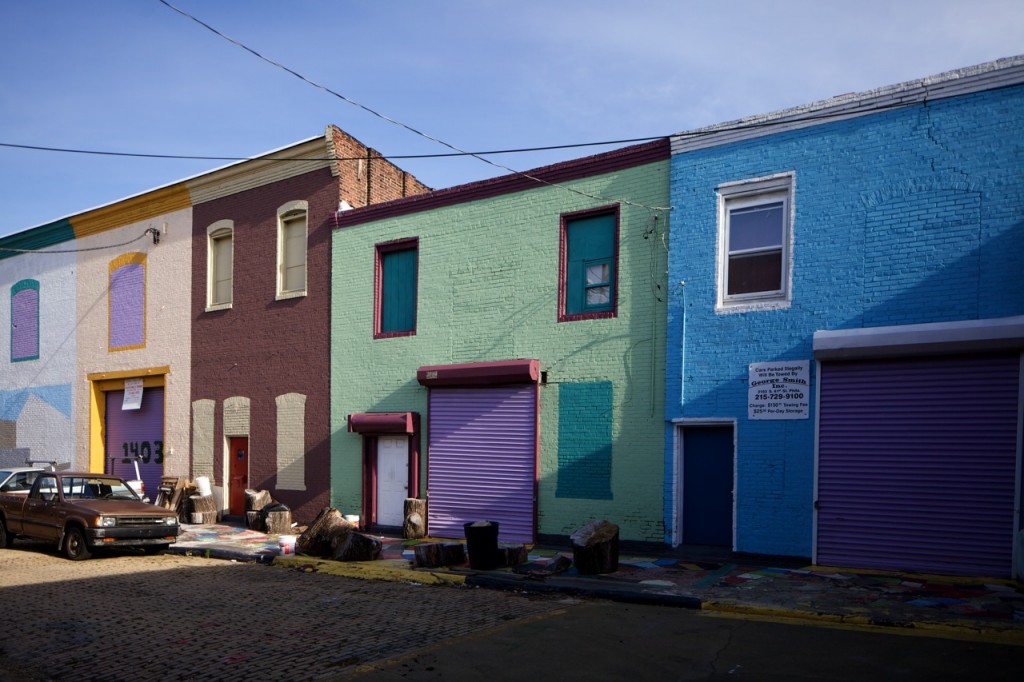 Second, they were pouring concrete via a cool looking contraption on 8th, just south of Bainbridge for a couple new townhouses. 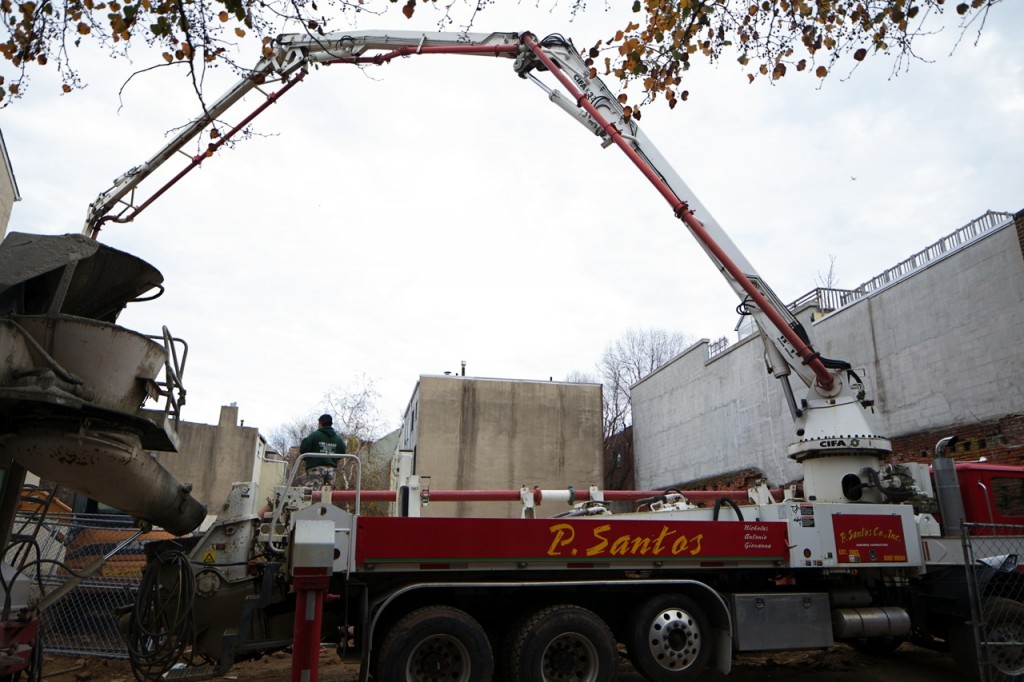 Previously, the site had been home to the 2nd Ward Republican Club, a curious institution in this Democratic city, and once a picturesque one to boot. Judging by the sign on the door, the Entertainers Mummers Brigade had a clubhouse in the same building. 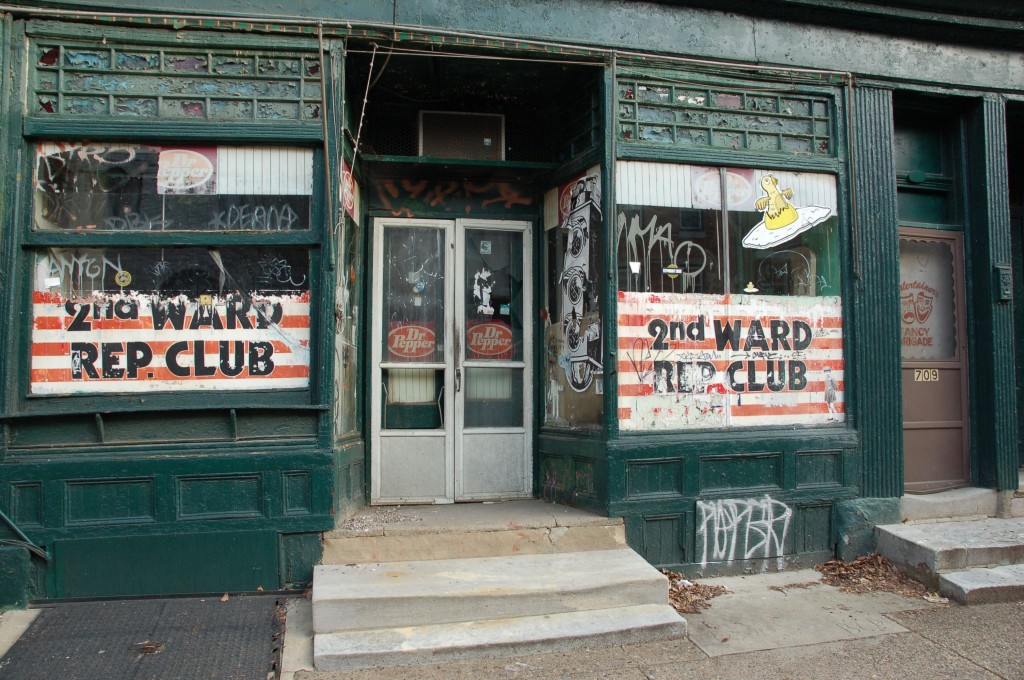