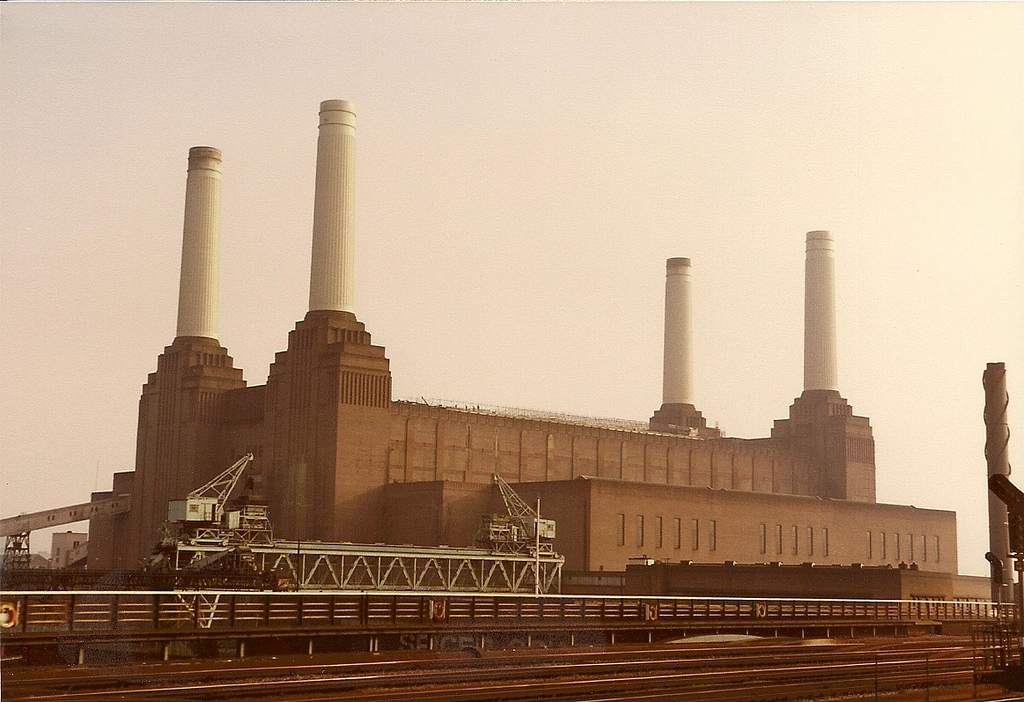 But without a roof, Battersea, which can be had for $780 million, is in danger of becoming a very expensive shell.

Like Battersea, the empty Delaware and Richmond generating stations were built into the river bank. Their power, and grace, was meant to be observed from afar.

PE, explains Aaron Wunsch, a lecturer in architectural history in the graduate program in historic preservation at Penn Design, wanted to safeguard its monopoly through civic engagement and a strong–looming, intrinsic–corporate image. For this the company employed architecture. “While PE’s substations remained quietly contextual,” writes Wunsch in the essay “Palazzos of Power: Early Central Stations of the Philadelphia Electric Company,” “its power plants became boldly theatrical. Wrapping modern equipment in Roman garb, they rationalized materials handling, improved worker safety, and stressed comfort as well as control.”

The stations, writes Wunsch, “are stalwart, eye-catching, and strange.” Like Battersea, but better.

What they aren’t is protected by law like Battersea. Richmond Generating Station was nominated for the Philadelphia Historic Register, but the Historical Commission voted against putting it on the list after current owner Exelon flexed some political muscle. Battersea sits on an incredibly valuable piece of real estate, and its protected status is all that has kept the wrecking ball at bay. Richmond most likely still stands because demolition would be incredibly expensive, and present owner Exelon may not know what else to do with the power station.

While a patch of Delaware riverfront in the shadow of the Betsy Ross bridge in unlikely to command $780 million, redevelopment isn’t completely unthinkable. A Windrim-designed power plant in Chester, PA from the same era was turned into  offices in 2001. One option that’s worth exploring is turning it into a museum like Eastern State Penitentiary-what’s called a “stabilized ruin.” The photographer Vincent Feldman calls Richmond Generating Philadelphia’s own Baths of Caracalla. If we have built anything in America to rival the splendor of ancient Rome, it’s the Richmond Generating Station. Let’s hope this “Palazzo of Power” is still around to inspire awe and wonder two millennia from now. 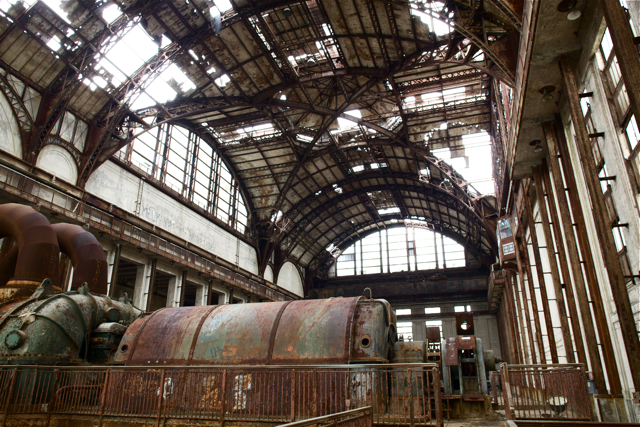 Peter Woodall contributed to this article.