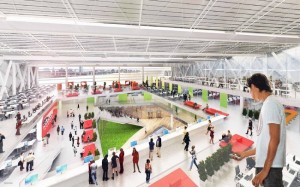 The $2 billion institute will include a $150 million fund for start-ups who agree to stay in New York City for 3 years and science education support for 100,000 city school children. “New York City is positioned to become the new technology capital of the world,” said David J. Skorton, the Cornell president.

This isn’t good news for Philadelphia, which has been trying to leverage its eds and meds core in science and engineering for 50 years. Is there hope for Philly’s technology sector? I put the question to Technically Philly’s advocate/journalist Chris Wink. Of course he’d already written an entire treatise on the issue, sent out four dozen tweets, and called in the all the data points known to man. His answer: social entrepreneurship.

Wink’s thinking is that New York will lead an east coast tech expansion, from which Philly is potentially positioned to profit, but not without having a distinct identity. That identity, he says, already exists as a particular social-problem-solving bent. You can find it, he says, at Indy Hall; you can find it at the Navy Yard’s energy hub; you can find it at OpenDataPhilly.org.

Indeed, you can find the reform impulse here from the beginning. “It goes back to Benjamin Franklin and Junto,” says historian Randall Miller, in the forthcoming History Making Productions film, “Yellow Fever and the Remaking of the City.” To as Far greater degree than other American cities, he says, “its part of the DNA of Philadelphia.”