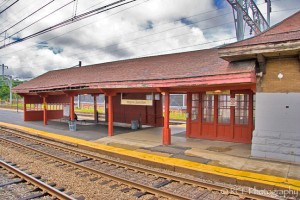 After years of planning, the $30 million renovation of the Wayne Junction Station is set to begin by year’s end. The project is funded by federal transit grants and bonds.

The project is the core of a long-imagined Transit-Oriented-Development (TOD) meant to revitalize Nicetown and Lower Germantown.

The station, at 4481 Wayne Avenue, is indeed a junction between the Nicetown and Germantown neighborhoods of North Philadelphia and one of the busiest in the SEPTA system, with six Regional Rail lines running through it (though only five stop). Designed by the prolific architect Frank Furness (who also designed the Pennsylvania Academy of Fine Arts and the First Unitarian Church of Philadelphia) for the Philadelphia and Reading Railroad, the station was originally built in 1881 and then rebuilt in 1890. Wilson Bros. & Co., a firm of railroad engineers, gets credit for the much of the present station, which they designed in 1901. 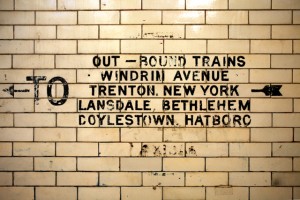 For the first half of the twentieth century, Wayne Junction served as a critical hub for travelers, with connections to New York, Toronto, Washington, St. Louis and Los Angeles, in addition to many local and regional stops. The station was an important anchor for local shops and businesses.

In the 1950s, Wayne Junction was relegated to regional transit. As deindustrialization took its toll over the next several decades, the station became run-down to the point that many residents avoided using it.

The renovation, designed by UCI Architects, will take place in several phases and is projected to be complete by the end of 2015. Although details regarding the phases and schedule are still being finalized, SEPTA Press Officer Andrew Busch reassures us the station will remain open during construction. “The phased approach,” he says, “will minimize the impact of construction to both SEPTA customers and the community.” UCI is also the designer of new EL stations on both the east and west ends of the Market-Frankford Line. 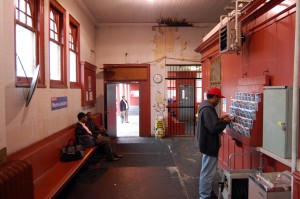 The designers’ goal, according to their website, was to “revitalize the character of the original station while providing SEPTA passengers a universally accessible, safe, and efficient means of transportation. A federally-mandated process set forth by the State Historic Preservation Officer was followed to ensure the historic integrity of this piece of railroad history while introducing sympathetic interventions. Community outreach was an integral component to the development of the design.”