Urbanized, Not Quite Radicalized 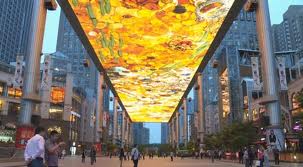 Gary Hustwit deftly brings the urban design conversation out of the grand halls of academia and down to the street in “Urbanized,” the last installation in his design documentary trilogy. The film takes viewers on a whirlwind tour of global cities facing universal issues, showcasing solutions and underlying philosophies through interviews with an international array of architects, planners, and theorists. It is these issues that, according to Hustwit, guided the film’s production; he chose urban problematics that serve as microcosms of the contradictions, challenges, and joys of the 21st century city. The subject matter is particularly apt as “the city” increasingly tends to mean “the world”: more than half the world population now lives in cities and that proportion is rising, a fact many of the film’s experts were quick to point out. 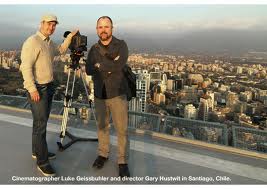 Hustwit escorts us through the rapid bus transit system in Bogotá, the creation of safety through design in Khayelitsha (South Africa), the High Line Park in Manhattan, the informal settlements of Mumbai, and the street-scale dysfunction of designed-from-above Brasília, among others. The common thread of these snapshots? The fact that cities concentrate the assets and complications of the human condition, and that urban design manages these factors to the advantage or detriment of those who live there.

The release of Urbanized could not be better timed. Many of the concepts introduced in the film–the notion of the city as a social laboratory, a terrain for contestation, the victim of interurban competition, and a promising vehicle for democracy–may seem like Urban Theory 101 for those in the field of urban design. Yet Hustwit deftly translates these concepts for the very people they are intended to serve. Here we have the real accomplishment of “Urbanized:” it provides activists, organizers, concerned citizens, and underrepresented populations with a toolkit, enabling them to join the conversation. This comes at the exact moment that the popularity of participatory planning and civic engagement is on the rise. Indeed, “Urbanized” intimates that many urban designers have realized that cities developed without the contribution of residents and users rarely work. 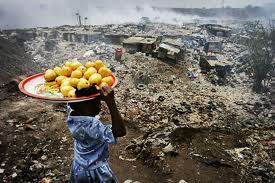 Thus we are left with Hustwit’s progressive mandate: make cities arenas for democratic engagement, and thereby, better places to live. I say progressive, but “Urbanized” fell short of radical. While the filmmaker overtly advocates for a heavy public hand in creating “livable” cities in which to dwell, play, commute, and consume, there is a notable absence of “work” in the film. That is, Hustwit has demonstrated how we can house, transport, entertain and protect urban dwellers through government intervention, but he does not provide a single example of how we can employ city residents. As joblessness is both foundational to many of the urban issues presented in “Urbanized” and an outcome of a neoliberal political program, its lack of coverage was the film’s greatest weakness. With talk of the (un)employment crisis come matters of race, class, and gender, all of which were notably missing. Though one can only expect so much inquiry in one documentary, a head nod to the way these factors play out across the urban landscape would have been appreciated.

Urbanized will be available on iTunes and Netflix by the end of the year. Information about upcoming screenings in nearby cities can be found HERE.