TEDxPhilly: All Eyes On The City

Tomorrow, TEDxPhilly will host a diverse gathering of innovators whose common thread is the reimagining of urban life.

The organizers, speakers and performers of this year’s event–theme: “The City”–range from the Executive Director of the William Way Center, the founders of Play On, Philly! and the Philadelphia Youth Poetry Movement to favela painters, architecture critics, and a SEPTA technologist. 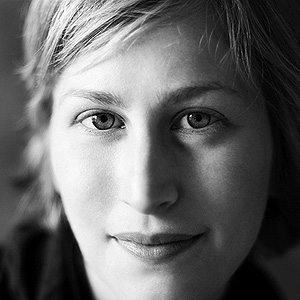 “Everyone gets 15 minutes to tell you why they think the work they’re doing is extremely important, and why they merit your consideration or cooperation,” says TEDxPhilly presenter and Next American City editor Diana Lind. TEDxPhilly is meant to “spread new ideas, give people a platform to talk about their work, excite people about the work they’re doing, and continue the conversation about what kind of city we want Philly to be.”

Lind is one of the TEDxPhilly speakers seeking collaboration. In 2012 she’s set to launch the digital Forefront, which she says will feature in-depth analysis of cities around the world, with stories about economy, culture, government, transportation, and housing. 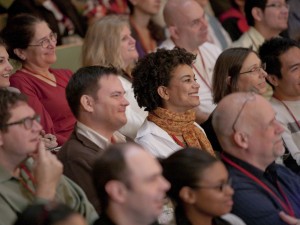 Last year, more than 1,000 people attended the first annual TEDxPhilly, whose theme was “Right Here, Right Now.” This year, when attendees sign up, an open-answer question greets them: Why do you choose to live in or around a city? For many people, says Lind, “it’s the vibrant cultural experiences, the opportunity to meet new people, and walkability. And for some people, it might be the opportunity to be exposed to people who are not like them. To me, that’s very important.”

Lind hints that her TEDxPhilly talk will be “fun and eye-opening.” The New York native plans to discuss a trend in cities in the US: “Highway tear-downs, or cities re-imagining the way highways interact with their downtowns–and what it could look like in Philly if we decided to do that.” She will focus specifically on the three miles of I-95 between the Ben Franklin Bridge and Walt Whitman Bridge.

“In a quiet way I’ve talked to a lot of people in the city, to see if we could re-imagine that highway as a boulevard,” she says. “This will be the first time that I’ve spoken in public on the issue, and it’ll be good to get a sense of if people are interested in getting involved in the thinking behind this project–collaborators would be a best-case scenario–and it would be interesting to hear about objections.”

In the TED tradition, you can catch Lind’s presentation and the rest of the all-day event on live stream HERE. to register to attend, click HERE.