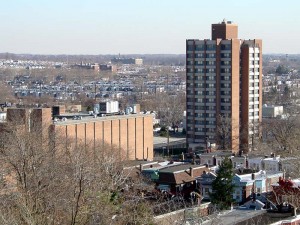 Among the recent media projects increasing our awareness of the connectiveness of global urban issues (Urban Age Project, Urbanized film) that deal primarily in statistics and trends, it’s nice to come across HIGHRISE, a project of the National Film Board of Canada and the documentary director Katerina Cizek.

HIGHRISE is an advocacy film and Internet project meant to give voice to the 1 billion people world-wide who live in apartment towers. Cizek’s idea is to use film to help high rise residents imagine improvements to their often crumbling buildings and to advocate for change.

The first HIGHRISE project was the lovely and moving “Out My Window,” which brings the Internet viewer into the world of high rise residents worldwide. You can scroll through their apartments, look out their window, listen to them, hear the sounds of the street below, and explore their urban context. The project provides an interesting sense of global urban geography and the built environment.

In “Thousandth Tower” and “Millionth Tower,” Cisek focuses on residents in Toronto public housing. The films are their vehicle for inventing ideas and capturing the public imagination. 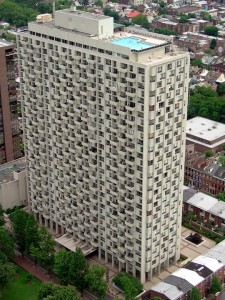 All this is a reminder that we have high rises aplenty scattered across the Philly landscape. A lot of us forget this, I think, and many of the buildings themselves end up being hidden in plain view. Over the weeks to come, we’re going to do something to correct that, as we seek air, views, and perspective on residential towers–from Alden Park to Riverview (Southwark) Tower.