How To Dress A Building 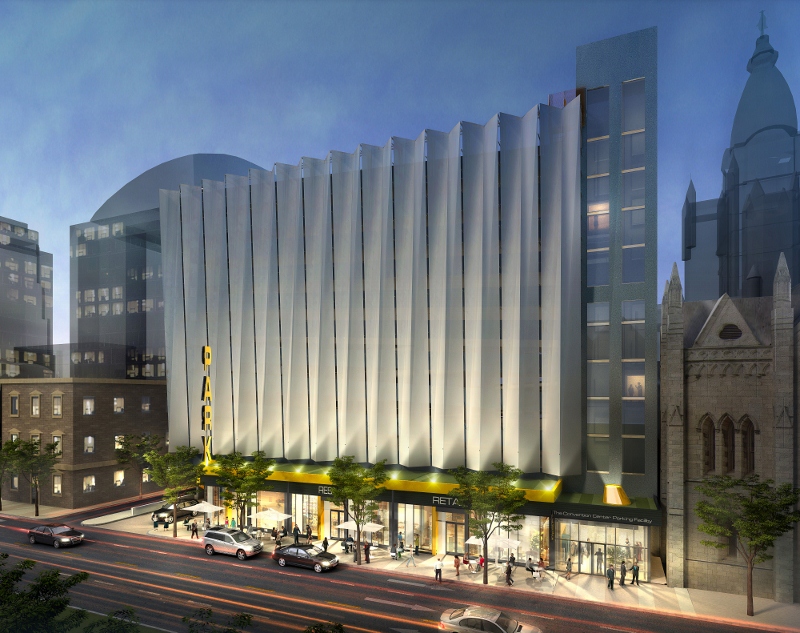 The site of the Bulletin newspaper’s seven story printing annex, demolished in 1993, will become a 530 car garage, designed by Erdy-McHenry Architecture. Some 1,000 off-street spaces were lost in the Convention Center expansion. “The garage will slip into the background,” says Steve Cupps of Realen Properties, the developer. What’s important, he says, is that the building will have 16,000 square feet of retail. “We’re looking for something that reaches out into the street.”

The garage will disappear in part because the skin of the building is made of 100% recyclable woven mesh textile. “Functionally,” says Scott Erdy, “the textile allows for constant air flow, provides UV protection and durability through tough weather conditions. Architecturally, the fabric screens the mass of the garage, giving it varying degrees of opacity depending on the time of day and ambient light.”

The $20 million garage will open in summer 2012. Realen, who developed Edgewater, at Race along the Schuylkill Banks (which also hides its parking), manages a city owned parking garage on 15th Street.

Archival photos of the site (see comments below): 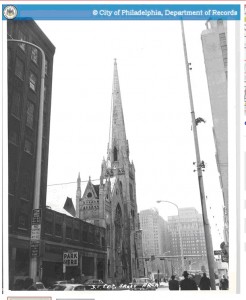 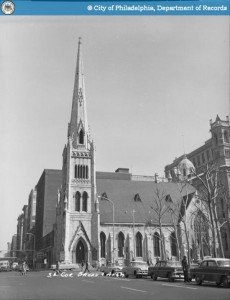