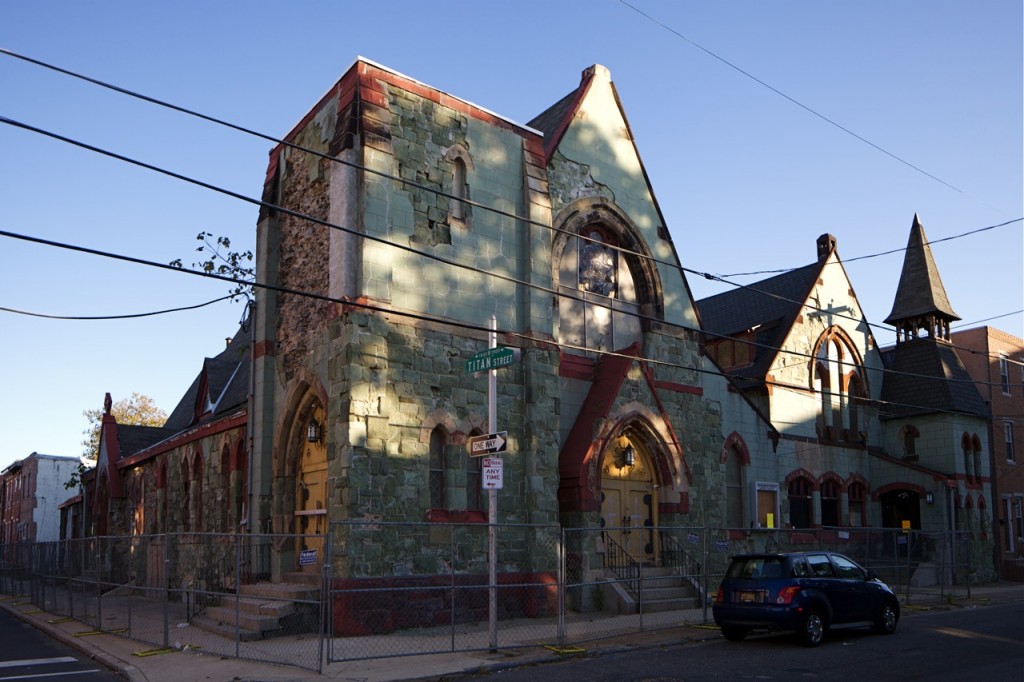 Winter is closing in, and the most endangered Frank Furness building in the city, 19th Street Baptist Church in South Philadelphia, still has two gaping holes in its roof.

The building’s masonry needs to be repaired, too—and soon. Licenses and Inspection cited the church on 19th and Titan Street for falling masonry in August, and threatened to demolish the building unless it was fixed. L&I gave the church a 60-day reprieve two weeks ago, but the congregation will need help to meet the deadline. 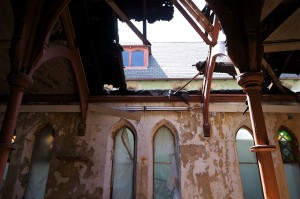 The congregation has been growing older and smaller, and has limited resources, said Associate Minister Vincent J. Smith. “We’re trying to attract the next generation,” Smith said, “but they see that falling down church and don’t think God is in there.”

A diverse group including the Preservation Alliance, several University of Pennsylvania professors, building professionals and former Philadelphia Mayor Reverend W. Wilson Goode Sr., has rallied to help the congregation save the building. 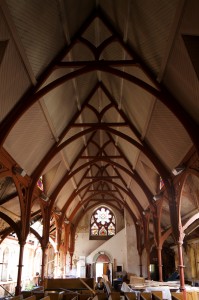 The Preservation Alliance recruited Building Conservation Associates, engineering firm Keast & Hood, and cost estimator Michael Funk to assess the building. Their recommendations for stabilizing the building to a high professional standard run to several pages and carry a steep price tag—perhaps a $100,00 or more.

Coming up with a sum that large probably isn’t a realistic option for the 19th St. congregation in the near term, but there may be other options. Chris Stock, a contractor who specializes in restoring old homes, believes a makeshift solution that uses volunteer labor and donated materials could cost as little as $3,000 to $4,000.

Metal sheeting could be used to cover the holes in the roof, which is steeply pitched, said Stock. Repairing the masonry is more complicated, but still feasible. 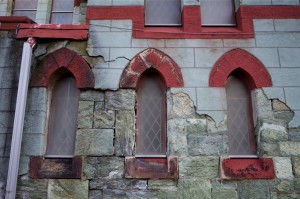 “The walls are solid,” said Stock, “The serpentine is a veneer with schist behind it that wasn’t designed to be exposed to the elements. You could take off the serpentine, categorize and store it, then put a skim coat with mortar on the schist. It would be a great stopgap.“ Stock said he’d be willing to manage the project.

Furness’s architecture inspires this kind of response. Most of the architect’s buildings have been demolished, and his fans don’t want to lose another gem. Indeed, 19th St. Baptist is one of the finest examples of Furness’s High Victorian Gothic style. The striking green serpentine stone makes it “the most colorful building ever designed by Furness & Hewitt,” according to Michael Lewis, author of Frank Furness: Architecture and the Violent Mind. Originally known as the Memorial Church of the Holy Comforter, 19th St. Baptist is one of the few post-Civil War religious buildings designed by Furness & Hewitt that survives and “by far the mature and original work,” Lewis writes.

Smith said the church has no plans to try to sell or demolish the building. “We’re hoping to have it refurbished,” he said. “We have our dreams hinging on it, and the members of the church are ready and willing to roll up their sleeves.” 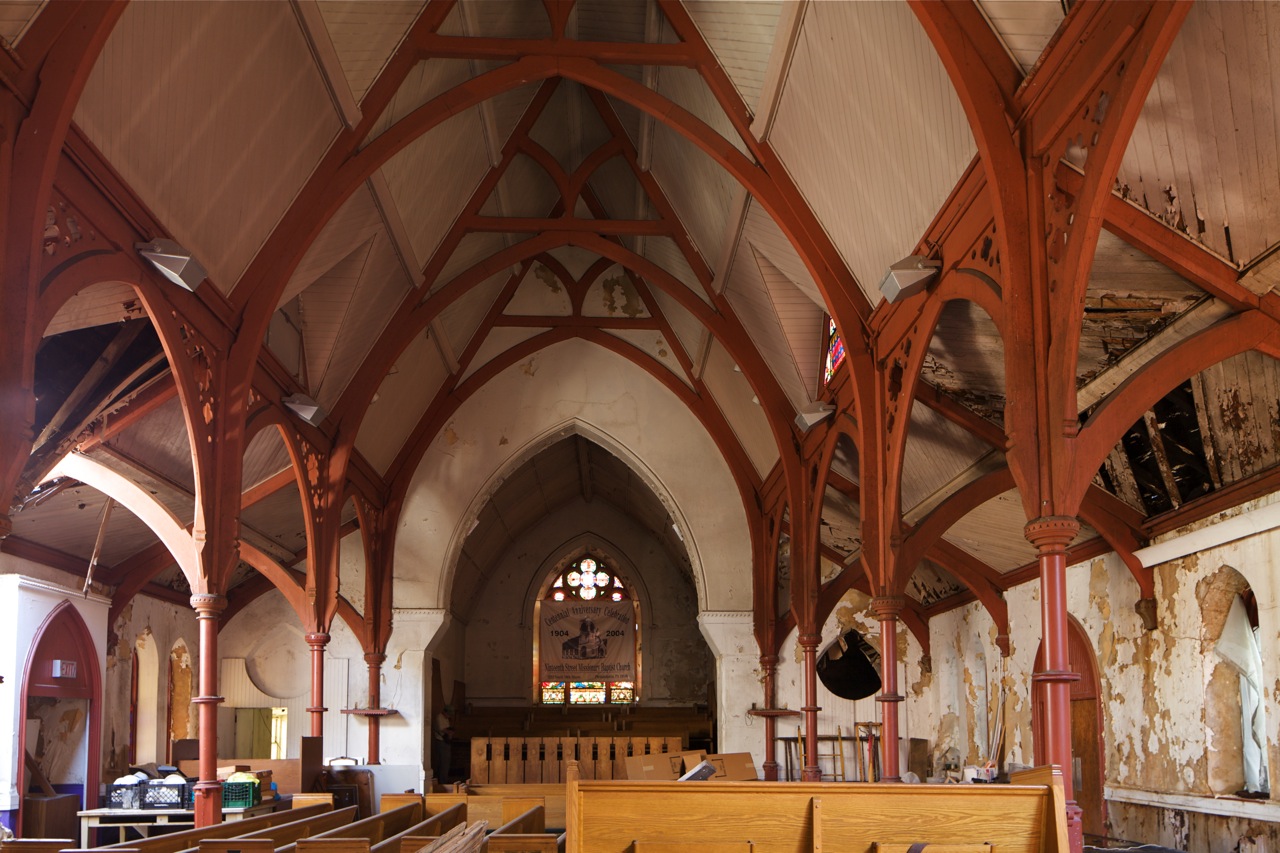