Editor’s Note: This is our third guest “Soapbox” and the second feature in our Frank Furness week. The author is GroJLart, whose Philly architecture and history blog PhilaPhilia, is one of the funniest, angriest and most educational reads around.

In the 19th Century, a handful of families made up a super-rich-pre-income-tax oligarchy that literally built Philadelphia. These families were chock full o’ greatness, every new generation trying to outdo the last.

Known as the “Old Philadelphians,” these folks descended from England, Wales, and Germany. The Furness Family entered into this coven through their American patriarch, the first settled minister of the First Unitarian Church of Philadelphia (and ardent abolitionist) William Henry Furness. 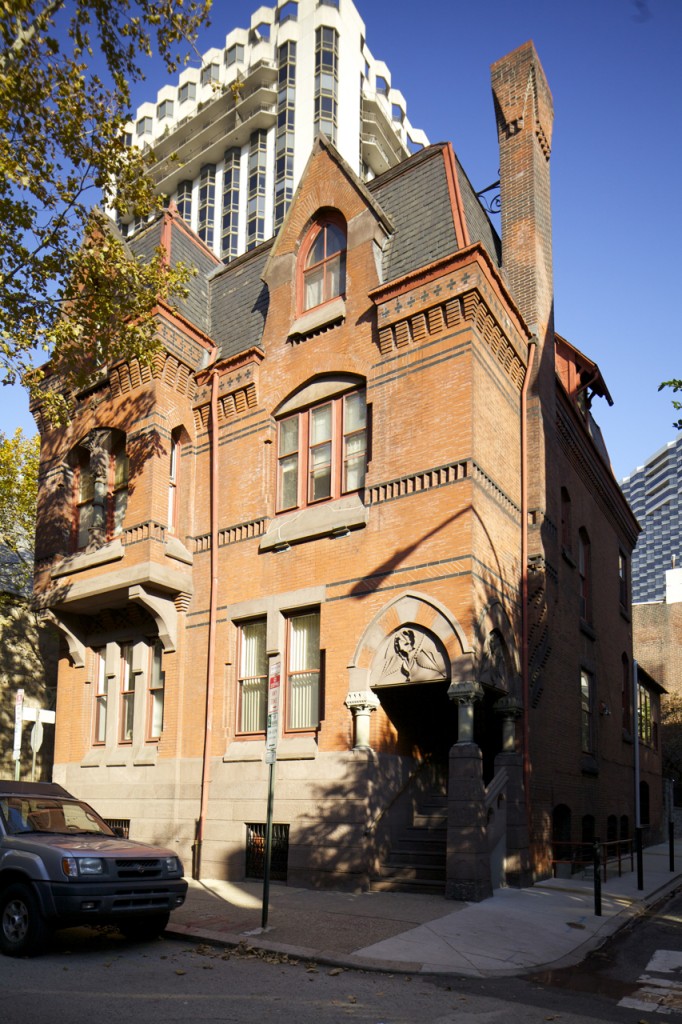 William Henry Furness’s children went on to be great members of society, many marrying into the other amazing clans. One became a great painter, another a noted Shakespearean scholar, a daughter who translated great works of German literature into English, and finally lil’ Frankie, who became an architect.

Naturally Frank played with the sons of other Philadelphia mega-men when he was a child. When he went off to the Civil War, these childhood friends served with him, first in the Landis Independent Battery and later in the Rush’s Lancer’s, the Sixth Pennsylvania Cavalry. After the war, these guys went on to become accomplished tycoons themselves. When it came time to build houses and businesses, they commissioned works by their old buddy Frank. Some of them still stand today.

One of Furness’s playmates was a boy named Thomas Hockley. He was the son John Hockley, cashier of the Bank of North America. He went on to attend the University of Pennsylvania and became a lawyer. Obsessed with science and archeology, this guy had so many positions in scientific, cultural, and historical societies that the full list of them would reach the Oort Cloud. In 1875, he went to Furness and asked him to design a house that would be built at 21st and Locust. Furness’s firm had just completed the design for the Pennsylvania Academy of the Fine Arts, and the house he designed for Hockley is like a residential version of it. 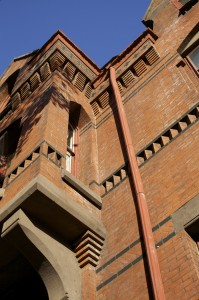 Hockley’s house still stands today, still glowing red and with most of its original exterior details. Furness didn’t screw around with this one. Every part of the facade on all sides carries with it a new and interesting detail. Furness wasn’t satisfied with a conventional brick pattern. Bricks of different shapes and colors flow through. One row of bricks is even laid on a diagonal! Furness gives the chimney, on the south facade, the appearance of growing organically up the side of the building like a vine. 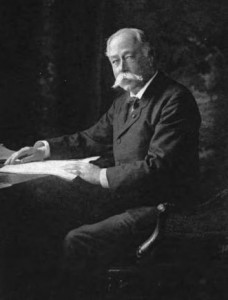 Needless to say, this was one hell of a house. Thomas Hockley died in 1892 at the age of 53. The house was diced up into apartments and enlarged by Furness’ firm in 1894 for a Mrs. Albiona Whartenby.

Another one of Furness’s childhood cronies was William West Frazier, the son of Philadelphia sugar tycoon Benjamin West Frazier. William was born in 1839 while at his family’s sugar-related estate in Montevideo, Uruguay. After his service in the Civil War (with Furness), he entered into the family business, sticking with it until he retired. This guy ended up becoming so rich that he built and altered a whole slew of buildings. Every time he went to Furness to execute them. Furness designed Frazier’s house, his sons’ houses, his clubhouse in Jenkintown, his cottage in the country, and the alterations of other buildings he owned. Arguably, the most important of these commissions was William West Frazier’s super-gigantic house on Rittenhouse Square. 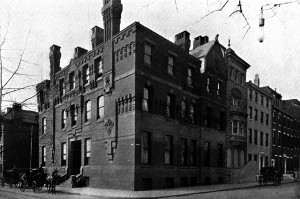 This beefy house, built in 1881-82 on the southeast corner of Rittenhouse Square, made Thomas Hockley’s humongous house look like a trinity. In fact it’s hard to believe it was a single family home. Apparently the place wasn’t big enough for Frazier, because a Furness-designed addition was tacked on in 1905. The building was demolished about 1926-27. In Furness’s signature rust brick and terracotta, the Frazier mansion really needed to have been photographed in color. It was covered in carvings, brick patterns, with about 1,000 chimneys popping out all over the place. 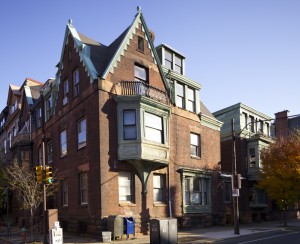 If you want to visit a Frazier-commissioned Furness building in Center City that still stands (besides the Furness-altered Irish Pub building at 1123 Walnut Street), you can check out the duplex at 2132-34 Spruce Street he designed for Frazier’s two eldest sons, William West Frazier, Jr, and George Harrison Frazier. This building is somewhat beat-up looking nowadays and has been altered numerous times since its construction in 1889. That doesn’t stop it from looking awesome! Engaging details abound at every corner. Though originally a duplex, the two sides are similar but not identical. 2132 has a large bay window facing Spruce Street, while 2134 has one facing 22nd Street. Both buildings are diced up into apartments and looking pretty sad.

The commissions by Furness’s childhood friends were integral to further work that Furness received for designs of other Gilded Age residences. This of course led to Furness copycats and competitors, creating the Furnessian Red Brick Landscape that Philadelphia was once known for. As the super-rich left their downtown homes for sprawling country estates in later decades, these homes languished and crumbled, many being removed by the mid-20th Century.