Doomsday Cult On The Wissahickon 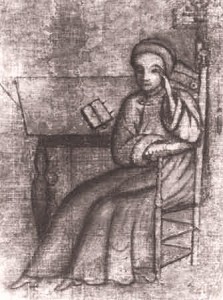 Another predicted apocalypse has come and gone. Radio evangelist Harold Camping claimed the world would end on October 21st, 2011, and advertised this impending doom on several billboards around town. Needless to say, nothing happened.

America has a long history of prophets claiming to know the date of the world’s demise. In fact, the first doomsday cult in the new world was located in Philadelphia, in today’s Wissahickon Valley Park. In 1694, a group of German monks and mystics called “The Society of the Woman in the Wilderness” emigrated to Philadelphia and settled along the Wissahickon Creek. They believed the world would end before the year was out, and wanted to live an ascetic life on the edge of the known world while they awaited the Second Coming.

Their leader was 26-year-old Johannes Kelpius, a Transylvanian born in the same village as Vlad the Impaler. Like the rest of the forty-strong group he was educated, with an MA in theology from the University of Altdorf. The monks belonged to the Pietist movement in Lutheranism, though they claimed to be above sectarian divisions.

The society was named after a woman in the Book of Revelations, who took refuge from the apocalypse in the wilderness.  The monks believed they needed to follow her example, and chose what was then the Province of Pennyslvania for its reputation for religious tolerance. They settled near Wissahickon Creek, drawn by the spot’s remote location, clean spring waters and position on the 40th parallel, the number 40 possessing a mystical significance for the group. The area would later come to be known as Hermit’s Glen. 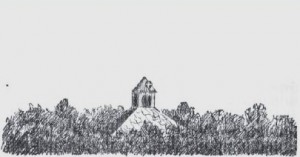 The roof of the tabernacle poking out above the trees, as it would have appeared in the 18th century | Source: “The German Pietists of Provincial Pennsylvania,” by Julius Friedrich Sachse

The group soon erected a 40-square-foot tabernacle, on the highest point of the ridge. It was build of rough-hewn logs, and contained rooms for worship and living. It also had an observatory, where the monks practiced astronomy and maintained a nightly vigil for the return of God. Crude as it was, it was the first observatory in the new world. Some sources state that the monks even owned a telescope.

Kelpius lived and meditated further down the slope, close to the spring. His dwelling started as a natural cave, which he then enlarged by building a sod roof out from the hillside. This is the source of the local legend that the monks lived in caves. The storied “Cave of Kelpius” was originally crowded with books and scientific instruments. The rest of the monks lived in small cabins scattered throughout the ravine, where they slept on plank beds with no mattresses. 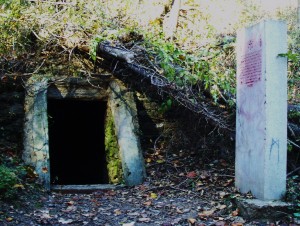 Entrance to the possible Cave of Kelpius | Photo: John Vidumsky

1694 came and went without incident, and as time went on, the group’s isolation became harder to maintain. They began preaching Lutheranism in the city, and in 1700 took part in the consecration of Gloria Dei (Old Swede’s) Church. They practiced medicine and held services for the locals who increasingly visited their retreat.

Music was a central part of the way the monks worshiped, and most of them were musicians. Kelpius is believed to have been the first Pennsylvania composer, writing a collection of hymns called “The Lamenting Voice of the Hidden Love.” Some of these hymns, such as “I Love My Jesus Quite Alone,” are still sung today. The monks were primarily known for their skill in instrumental music, however. An English convert named Christopher Witt built a pipe organ for the monks, the first in America. 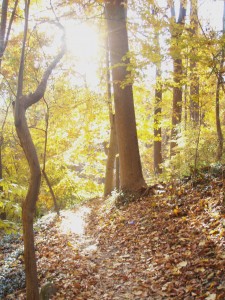 By 1704 some of the monks were earning money as doctors and lawyers in Germantown. This was anathema to the original ascetic aims of the group. Most of the monks dispersed in 1708 when Kelpius died of tuberculosis, exacerbated by the damp conditions of his cave. Several of the former monks married and settled in Germantown. A few joined another religious community in Lancaster called the Ephrata Cloister. A handful, however, remained on the Wissahickon into the 1740s.

Today, almost no trace of the community survives. No evidence of the tabernacle is visible, but its remains are probably under a 19th-century mansion just north of the ravine. The huts built by the monks are also long gone. The only structure on the property today is a stone vault built into the hillside. A monument nearby proclaims that this is the cave of Kelpius, but this seems doubtful. It looks like a typical Pennsylvania springhouse, except that the floor is dry. It is located conveniently close to the mansion, just where a springhouse would be placed. Even the original “Kelpius Spring” is hard to identify, as there are several on the property. 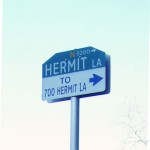 The site is today an unremarkable ravine, densely wooded and cut with small streams. Three hundred years have returned the site to the primordial wilderness that Kelpius saw when he first arrived. The only trace that survives is the nearby road called Hermit Lane.