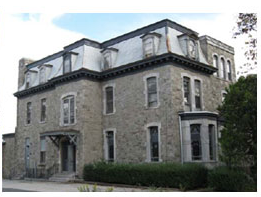 Ken Weinstein, the northwest Philadelphia real estate developer known for renovating old transit stations for use as cafes, will acquire the former Germantown Settlement Charter School complex in lower Germantown, near Wayne Junction. He purchased the note on the foreclosed property at auction. Weinstein recently acquired the adjacent (bit not contiguous) former GW Schaeffer public school. The Germantown Settlement site is 6 acres and includes a large stone house and a former convent used by New Directions for Women, a non-profit that shelters women as an alternative to prison. Weinstein says he intends to keep New Directions on site after renovating their building.