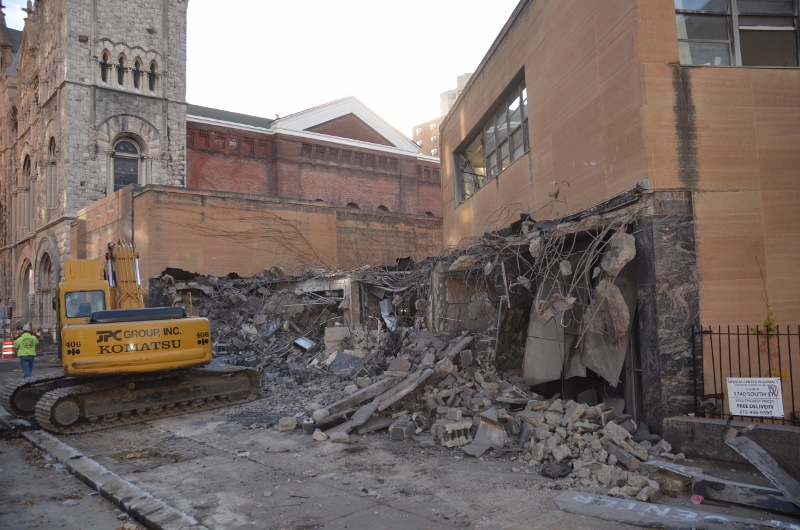 Say what you will about the Sidney Hillman Medical Center at 22nd and Chestnut, it was certainly one of a kind. Designed by Louis Magaziner and Herman Polss in 1950, the building featured rich stone facades and ribbon windows in a stepped, angled massing that evoked a Southwestern pueblo or a Mediterranean hillside. Some people saw it as a modernist gem, while others saw it as a good place for a new highrise. Demolition began this morning. 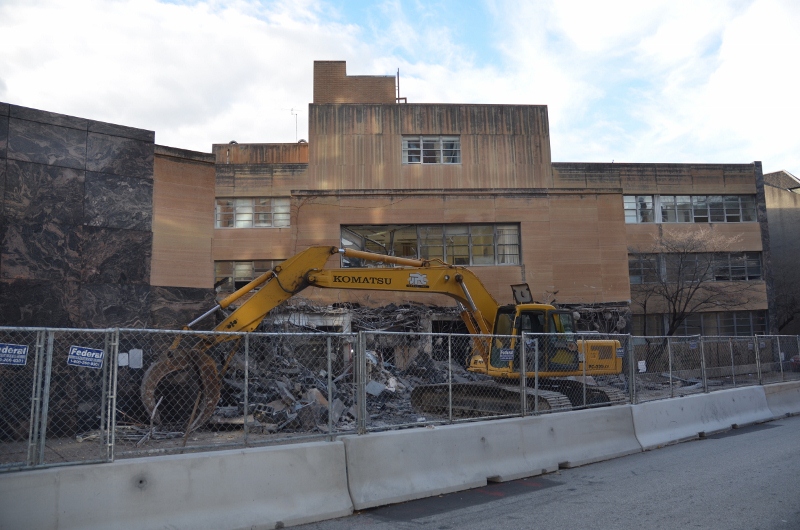