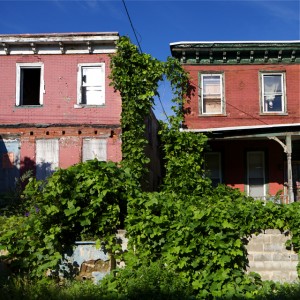 The issue of blight is familiar terrain here in Philadelphia: recent estimates clock in the number of vacant or abandoned properties between 17,000 and 20,000. As reported by City Paper last spring, 75% of these properties belong to private owners, who are often behind on taxes and bills or otherwise MIA. These abandoned buildings are more than just an eye sore; $3.6 billion has been lost in household wealth due to neighboring abandoned properties. A row of gutted or boarded up houses and empty trashed lots sends a message to passersby that no one cares about the block; to residents, it says no one cares about the people who still live there.

“If you don’t have your property up to Philadelphia’s code and you are not in compliance,” said Mayor Michael Nutter at press conference Wednesday, “we are coming for you.” Nutter, Councilwoman Maria Quiñones-Sánchez, L&I Commissioner Frances Burns, and L&I chief of strategic initiatives Maura Kennedy had come to Indiana and Richmond, in Port Richmond, to announce new policies and approaches to eradicating blight in Philadelphia. “Philadelphia residents should not have to put up with this crap anymore,” continued Nutter. “In our city we are sick and tired of being sick and tired about blight and deteriorated properties, in this city we have had enough!”

This message is visible in the deterioration, crime, dumping, and in the squatters, who inhabit these abandoned spaces. 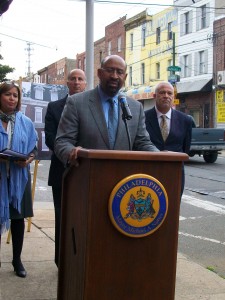 New procedures now allow research teams to track down owners of vacant properties and to seize their assets unless they install operable windows and doors (on blocks 80 percent intact). The city will also make it easier for public, private, and non-profit sectors to purchase abandoned properties. Formalized technological advents will now enable buyers to track their progress and determine the next steps for acquisition.

This initiative has been enacted and covered in the media for more than half a year, so why is this press conference happening now, and on a corner in Port Richmond, nonetheless? What has been accomplished thus far and what do these new approaches to blight in Philadelphia mean for the future of urban landscape?

Hidden City Daily was able to catch up with Kennedy, of L&I, after the press conference. Kennedy explained that L&I has been able to take the approach city-wide since the pilot program in Port Richmond ended successfully. And the results? “We inspected 2,000 properties in the North East, South, North, and West Philadelphia neighborhoods and issued $150,000 in fines.” 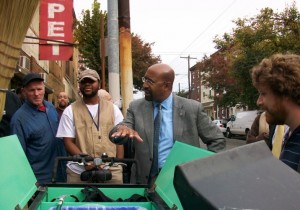 Kennedy notes that community involvement is key. Sometimes the residents are the only ones who can identify and locate owners and they’re the ones who know what’s best for their blocks. For these reasons, Kennedy explains, we need to engage the community in transformative decisions. “We want them to know what we’re doing and we need to partner with them,” she says. The public’s reaction to the program, she adds, has been “incredible.”

Kennedy’s vision for the future of the city’s landscape? Compliance. L&I wants something as simple as functional windows and doors; and something as far reaching as bigger investments in neighborhoods.

While blight is not one of Philadelphia’s proudest assets, it does put a spotlight on the widespread reinvention of vacant and abandoned spaces across the city. Now it appears these policies will make it easier for people to reclaim parcels for new use, while providing the city with much needed revenue.