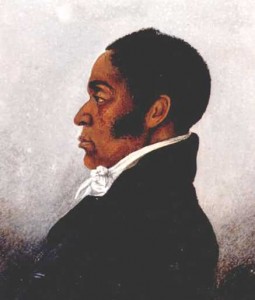 In “Abolitionist’s Dreamland” (September 30, 2011), Jack McCarthy revealed the story of Byberry Hall, the home of noted nineteenth-century abolitionist Robert Purvis (1810-1898), built by him in 1846 to host anti-slavery activities. This house is still standing on the grounds of Byberry Friends Meeting in Far Northeast Philadelphia.

Purvis moved with his family to Byberry Township in 1844, just after another African-American of Philadelphia, James Forten (1766-1842), had completed his remarkable life. Forten lived and labored his entire life in what became known as Society Hill, becoming one of the richest African-Americans in America. He was born free in Philadelphia and was educated in Anthony Benezet’s Quaker-inspired Negro School at Philadelphia.

At the age of 15, Forten served as a powder boy on an American ship during the Revolutionary War and spent seven months on a British prison ship after being captured. Post-war, he was apprenticed to Robert Bridges, a sailmaker who had a sail loft on a wharf at Front and Lombard. Bridges was pleased with Forten’s work and promoted him to foreman overseeing some three dozen employees, most of them white. With Bridges’ help, Forten purchased the shop in 1798. It was unusual for any novice to take over the business where he learned his trade, but it was especially rare for a black apprentice to take charge of a successful white-owned enterprise. 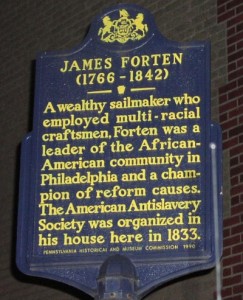 About this time, Forten purportedly began experimenting with different types of sails and perfected one that made ships maneuver easier and achieve greater speeds. He did not patent his invention, but he was able to profit from it. His sail loft became one of Philadelphia’s most prosperous maritime businesses. Forten’s $300,000 fortune (indeed the name Forten is a derivative of the common slave name Fortune) would make him a millionaire today—one of several along the central Delaware River.

Forten was a reform leader well before Robert Purvis or Fredrick Douglass came on the scene. Not only was his sail shop integrated, but he also financed a range of antislavery activities. He purchased the freedom of slaves, opened a school for black children, and even established an Underground Railroad stop at his home at 336 Lombard Street. During the 1830’s, Forten contributed generously to noted abolitionist William Lloyd Garrison and to Garrison’s antislavery newspaper, The Liberator. By that time, his was one of the most powerful black voices, not just for men and women of color in Philadelphia, but for many thousands more throughout the North. In addition to equal rights for African-Americans, Forten used his wealth to advocate for temperance and women’s suffrage. 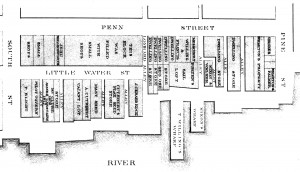 James Forten is buried in Lebanon Cemetery. The site of his sail loft at Front and Lombard is now within the footprint of Highway 95.

For more about this great Philadelphian, see Julie Winch, A Gentleman of Color: The Life of James Forten (New York: Oxford University Press, 2002).