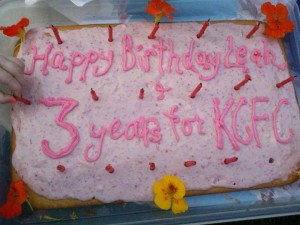 Now in its third year, the Kensington Community Food Co-Op, recently hit the 200 member mark. The Co-Op currently operates as a buyers club, but when it reaches 250 members, the Co-Op’s directors will begin a search for a retail outlet. From there, they’ll serve the broader community.

You can show your support by joining co-op members for a film-screening benefit of Agnès Varga’s The Gleaners and I, 7:30 PM Friday, Highwire Gallery, 2040 Frankford Avenue.