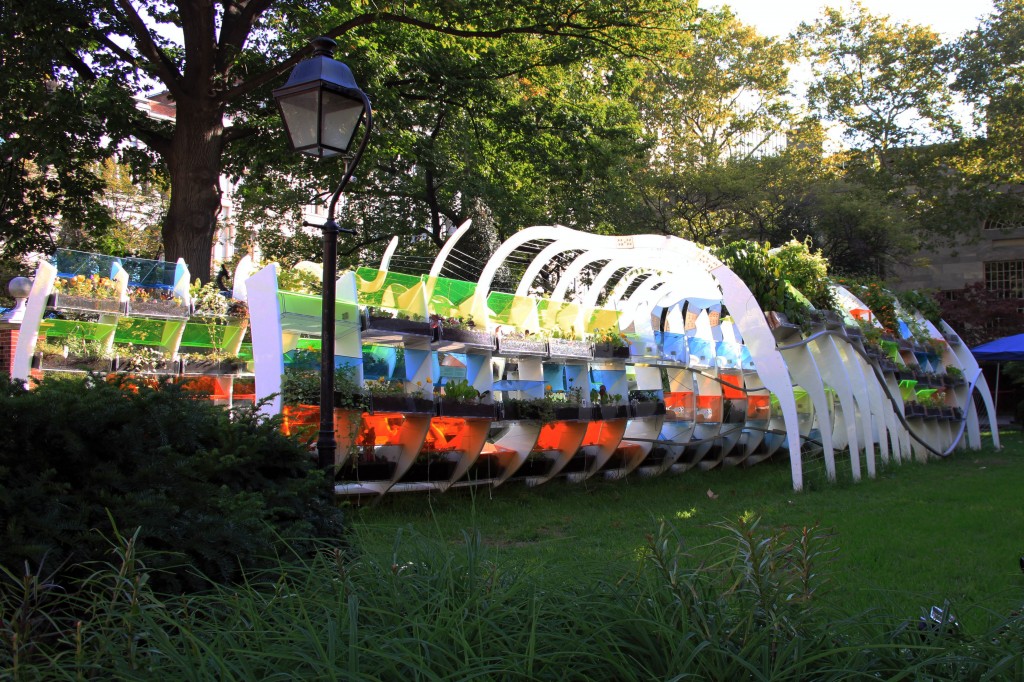 In what is clearly a nod to Charles Willson and Rembrandt Peale’s 1801 mastodon skeleton, once displayed across the street in the Peale Museum, architect Jenny Sabin and the APS Museum have given us “Greenhouse and Cabinet of Future Fossils,” a 52 foot glassless greenhouse for 110 translucent colored mini-greenhouses, urban farming of the future.

The Peale mastodon, dug up in Newburgh, NY, was reassembled in the museum, and offered as a symbol of the greatness of Thomas Jefferson and his Democratic Pary. One night, a dinner was served for 13 guests inside the skeleton, a gesture the Federalist Port Folio mocked: 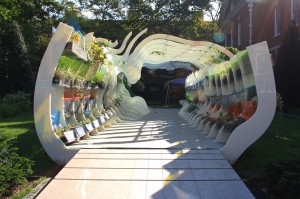 In the far famed Museum of Mr. Peale,
Behemoth, biggest born of earth
Upheaves his vastness
And thirteen democratic Virtuosi have decided that
even the dry bones of the Mammoth afford very
little picking.

C.W. Peale, incidentally, was the prototype urban farmer, working at Belfield, in Germantown, where he built his greenhouses himself.