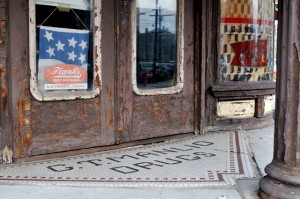 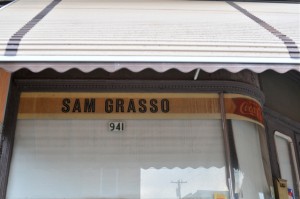 Turn-of-the-century corner stores are an important, but often overlooked part of our city’s urban landscape. The storefront at the northeast corner of 8th and Carpenter in Bella Vista is among the most intact, still bearing its original doors, curved glass, and woodwork.

It was originally G. T. Manlio Drugs, a pharmacy operated by Italian immigrant Gennaro Tito Manlio. Manlio arrived in Philadelphia in 1893, and established a pharmacy across from his home at 938 South 8th Street. He eventually became well-known for hosting an annual dinner for fellow “druggists” at nearby Hotel Palumbo.

Later, it became Sam Grasso’s, a grocery store and delicatessen, operated by Italian immigrant Salvatore Grasso. Grasso passed away in 1985.