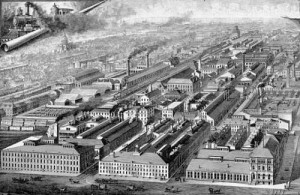 Philadelphia’s air quality (amazingly about the national average) is about equal to that of Montreal and New Orleans, and is discernibly better than that of New York, Chicago, Los Angeles, Phoenix, and yes, St. Louis, according to a World Health Organization study released last week. (Of the MLB playoff cities, the air quality is best in Tampa Bay and Arlington, followed by Philadelphia.)

It might even improve if, as predicted, Sunoco and Conono-Phillips oil refineries on the Delaware close.

Clean air is, of course, deindustrialization’s pay-off, and thus a kind of double-edged sword. Even European cities that have preserved certain manufacturing sectors, have about twice amount of particulates in the air as Philadelphia (yes, it’s true.) The most polluted cities in the world are in Pakistan, Iran, India, and Mongolia. Chinese cities are 5-10 times more polluted than Philadelphia.