Google knows almost everything. And that darned Lawrence O’Toole didn’t make it any easier with his wonderful Ghost Sign Project, which maps Philadelphia’s hand painted signs. But we think we’re beyond the reach of the Internet here–you’ll have to rely on your brains for this one.

A $25 “Curious” membership to Hidden City for the person who guesses the location of the most photos. 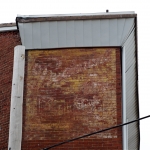 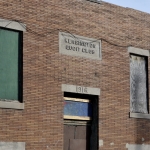