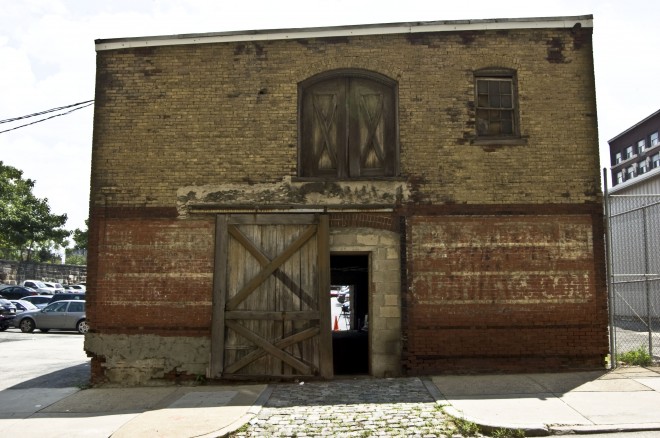 Down below the suddenly hot Reading Viaduct: a small, nondescript building, with only the faint “Cummings Coal” spelled out next to the door (thanks to Lawrence O’Toole’s Ghost Sign Project for deciphering the words). 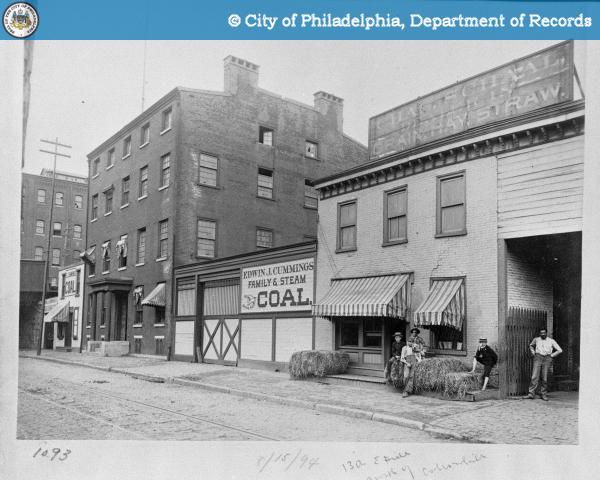 The Edwin J. Cummings Coal building pictured here appears to be in the same location as the current “Cummings Coal” building. Perhaps a second floor was added at a later date

This is the last vestige from the days when coal yards dominated the landscape along the Viaduct, particularly along Callowhill Street. Coal was essential to the economic success of the Philadelphia & Reading. Indeed, without coal there may not have been a Viaduct–the P&R was specifically built to bring anthracite from the coal region down to Philadelphia. 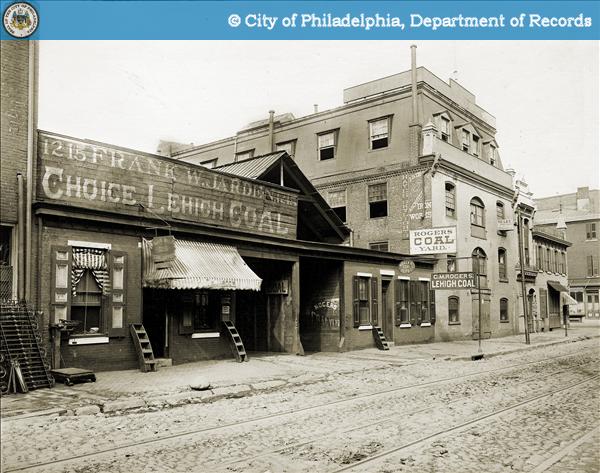 The treasure trove of tools and coal and railroad memorabilia shown in the photo essay at the top dates back to Cummings Coal days. It’s likely the objects, which were left in the building after the rest of the coal yard was turned into a parking lot decades ago, were collected by the current owners, a family that has owned the land for generations. The family hopes one day to restore the structure for future use as a restaurant or retail space, and incorporate many of these items in the renovation.