The opening of Penn Park–the University of Pennsylvania’s new athletic complex, accessible to the general public–marks a new era in Philadelphia. Think of it as the first stitch in a long-anticipated seam joining Center City and University City. Having anxiously awaited the opening of the park, as a Penn student and now as an alumna, it seemed like construction workers were on a never-ending mission to move giant piles of dirt from one part of the demolished parking lot to another. Two years later, it was not without reason: Penn Park is a first-rate collegiate athletic complex that also offers visitors magnificent views of Center City.

But how exactly will this epic landscape be experienced by the “non-affiliated?” 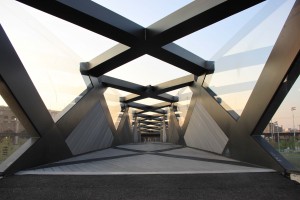 Entering the park from the south is somewhat like stepping through the rabbit hole, traversing over three rail lines (Amtrak, CSX and SEPTA) in an axial, covered bridge with windows into the skyline of Center City. Crossing through the other side, Franklin Field now stands monumental over the new tennis, softball and soccer fields around its base. Despite the proximity of the rail lines and the Schuylkill expressway, the atmosphere is serene, brightened by the reflections of the gleaming skyline. While struck by the composition, I never stop moving. Indeed, the area is a flurry with teams practicing–Penn’s logo is branded at every turn–and I stick closely to the newly paved asphalt that clearly marks where I will turn next. There are not many options, either in asphalt or turf. 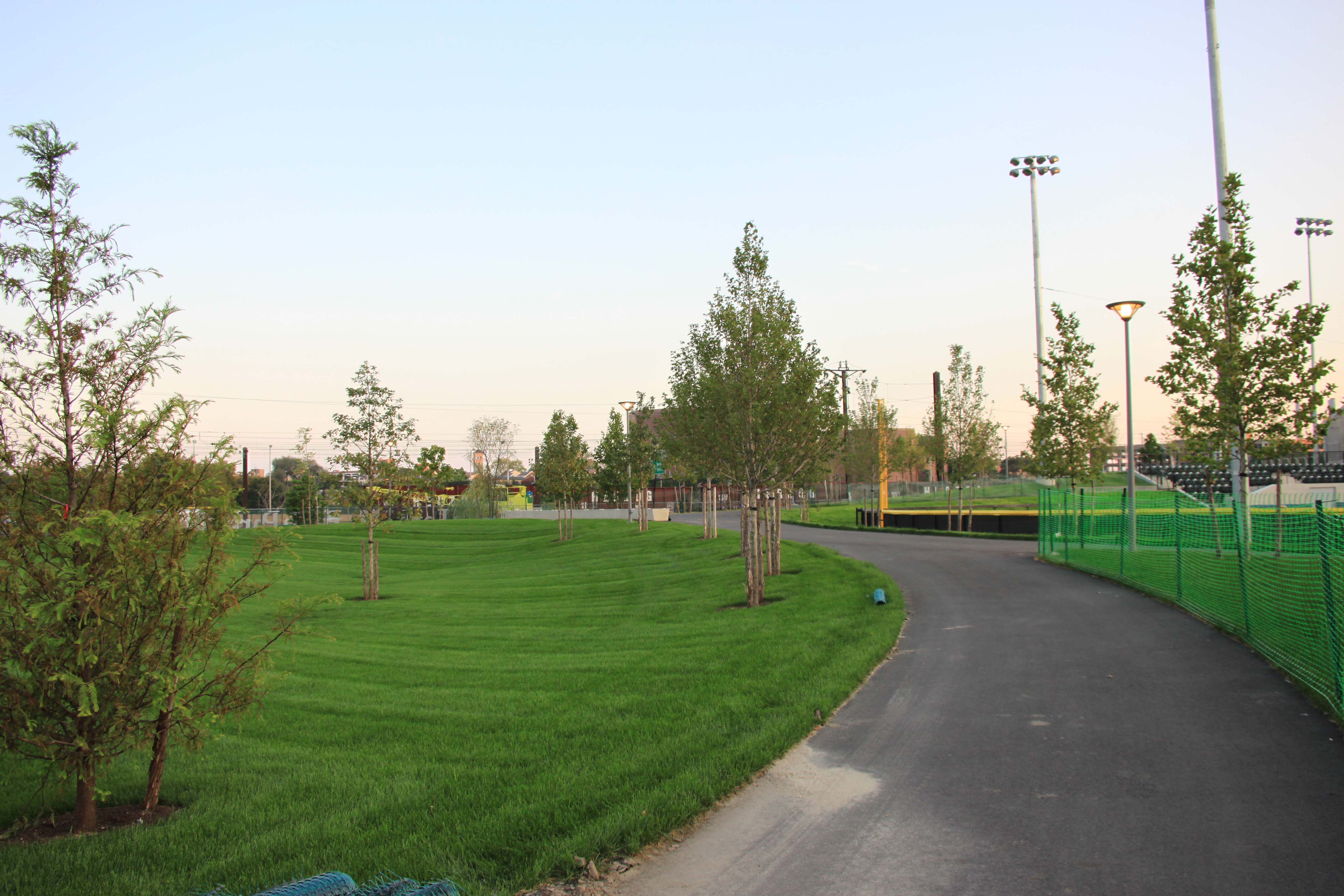 Penn makes no pretenses about what this park is about: an athletic complex for the university. While it would’ve been easier for the school to close the area as part of its private campus, President Gutmann wanted the park to be “an essential part of welcoming people not affiliated with the university into West Philadelphia.” But how, exactly? The areas of the park not specifically designated for athletics are expanses of turf, with little seating or landscaping to invite visitors to linger. Then again, that’s not really the point, is it? This is not a city park, and, in fact, Penn raised an impressive $46 million to build it without any assistance from the City of Philadelphia.

In this uncharted territory, it is hard to imagine how this park will integrate into the daily life of the city. In that sense, it is disappointing, raising questions about the manner of the University’s engagement with the city. It is a vibrant extension of the campus, perfectly situated in the city, and will be a heavily utilized athletic facility. Should we then merely conclude that where Penn goes, so goes the city? Or, as the University continues to push east, threading the seam, might we hope for a more nuanced needle?