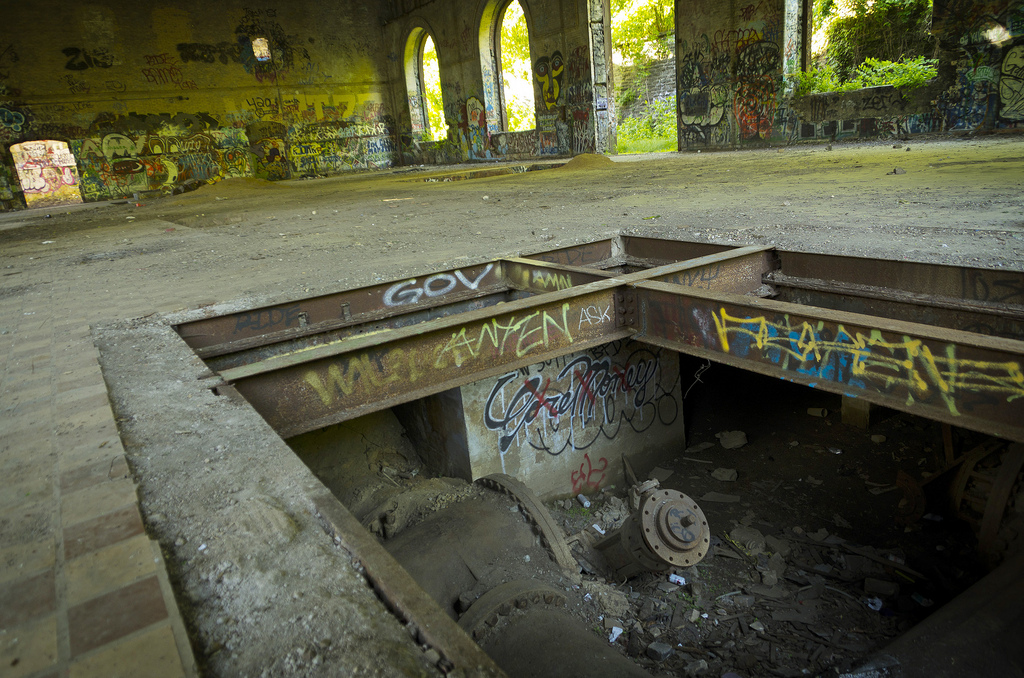 One of the most beautiful and evocative sets of ruins in Philadelphia has disappeared. Passing cyclists and hikers on the Schuylkill River Trail northwest of Manayunk will no longer wonder at the brooding stone remnants of the Shawmont Pumping Station. Built in the late 19th century to pump Schuylkill River water to Roxborough reservoirs, the spacious arch-windowed buildings had deteriorated to empty shells since they were de-commissioned in 1960. Efforts to find viable re-uses for the buildings could not surmount their relatively remote location and vulnerability to flood waters. In imminent danger of collapse, in July of this year the once-grand buildings were dismantled and their materials removed from the site. On a brighter note, Fairmount Park’s Rob Armstrong says that the much-needed resurfacing of the adjacent Schuylkill River Trail should be complete before the end of the year. 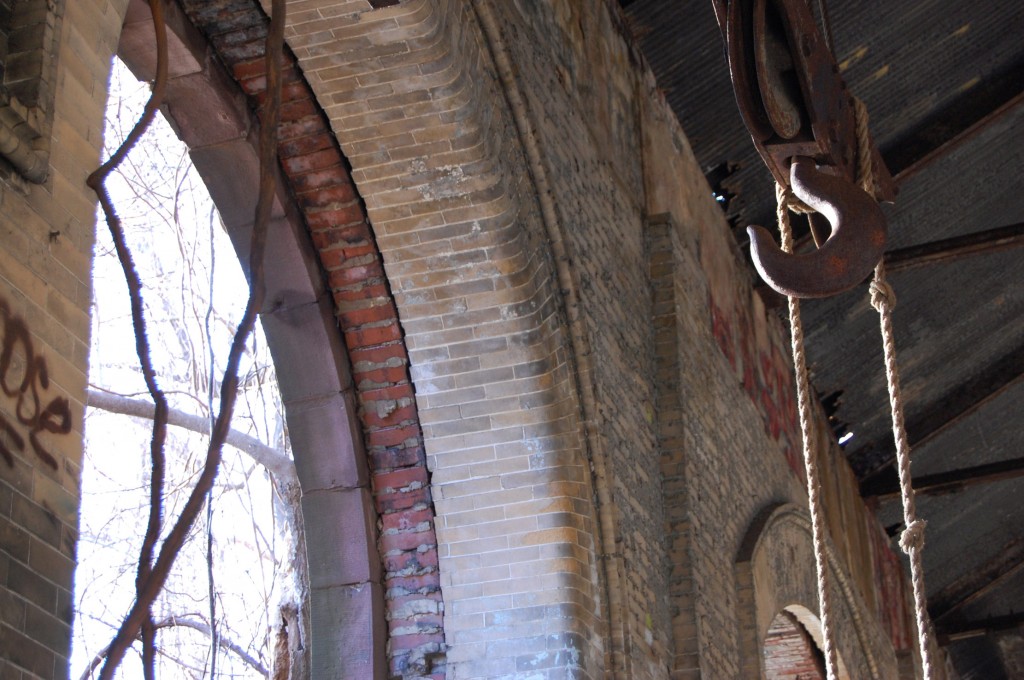