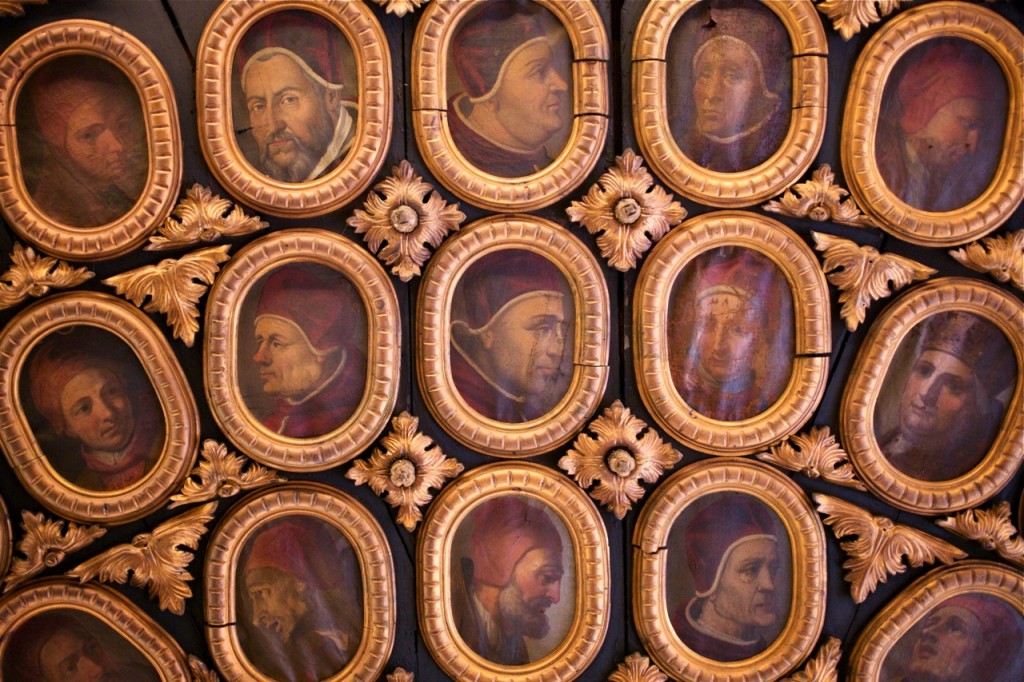 Anthropologie’s flagship store at 18th and Walnut Streets contains a room featuring one of the city’s most opulent as well as unusual ceilings. The entire ceiling features a cluster of portraits of Italian princes encircled within three-dimensional gold frames. The 1898 mansion was originally Alexander Van Rensselaer’s home and later Penn Athletic Club’s clubhouse.  In 1982, Anthropologie’s predecessor, Urban Outfitters, moved into the three-story mansion. By that time, much of the interior had already been deconstructed.