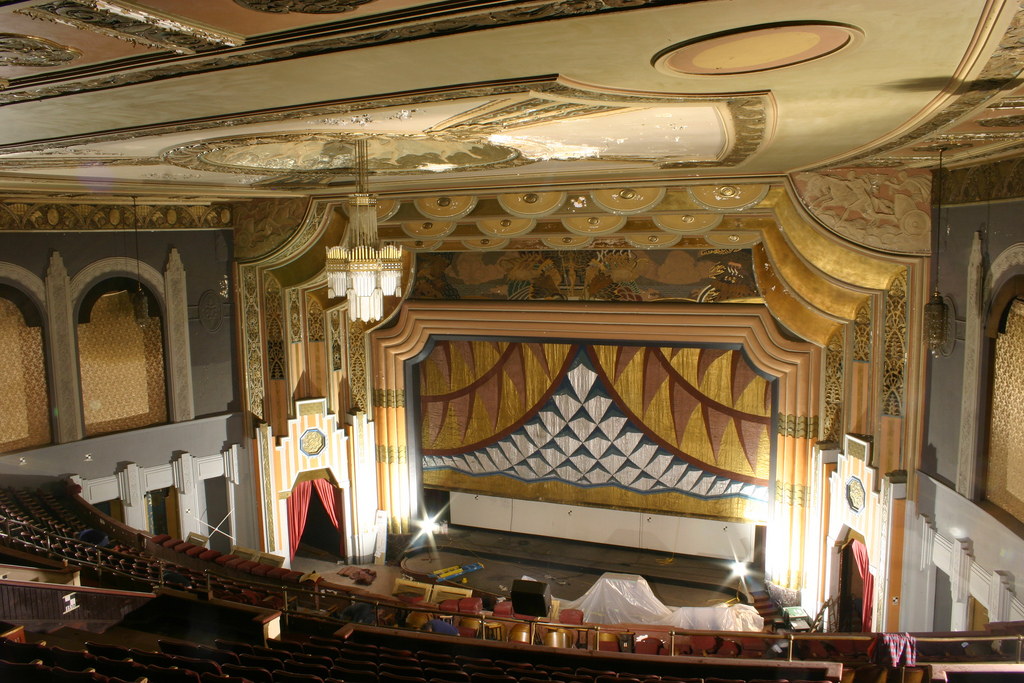 Auditorium of the Boyd Theater prior to Mock-Up, 2005. Credit: Rob Bender.

Fans of the historic Boyd Theater on Chestnut Street are still looking for a white knight to replace Hal Wheeler, who died in early 2010, before his plans to restore the movie palace could be realized.

Wheeler planned a full restoration of Center City’s last great movie house as part of a Kimpton-Monaco hotel connected to the space, designed by Martinez + Johnston Architecture. After receiving the necessary permits and obtaining community support for the project, Wheeler suffered a fatal heart attack, leaving the Boyd without a clear future yet again.

“It’s a tragedy and unfortunately we are not yet at the point when we can say for sure that it is saved,” said Friends of the Boyd founder Howard Haas. “It’s like City Hall or the Academy of Music and many other wonderful buildings that came close to being demolished and instead have become our great, treasured landmarks.”

The Boyd is listed on the Philadelphia Register of Historic Places, which protects it from demolition.  However, property owners can submit a financial hardship application to the Historical Commission that if approved would allow a protected building to be torn down.

Built in 1928 by Hoffman-Henon Co., the 2,350-seater was the premiere Art Deco-style movie palace in Center City. The interior featured etched and colored glass throughout the lobby, and a mural series in the auditorium centered on “The Triumph of the Modern Woman.”

Wheeler’s aborted plan was the second near-miss for Boyd restoration efforts.  In 2006, after four years of advocacy by Friends of the Boyd, the building was sold to Clear Channel following the bankruptcy of United Artists. Restoration studies found that remnants of the original decorations were still intact.  The original murals had survived, as did a beautifully preserved fire curtain with its original Art Deco design, and a sample of the original carpet with its original 1928 Art Deco design that was found underneath a candy stand.

The plans were short-lived, however. Clear Channel spun off its theaters into the independent corporation Live Nation, which subsequently shifted its corporate focus, putting the theater up for sale.

Perhaps the third time will be the charm for the Boyd, when (and if) it comes.

Tomorrow, in News: an update on the redevelopment of the Wynne Theater