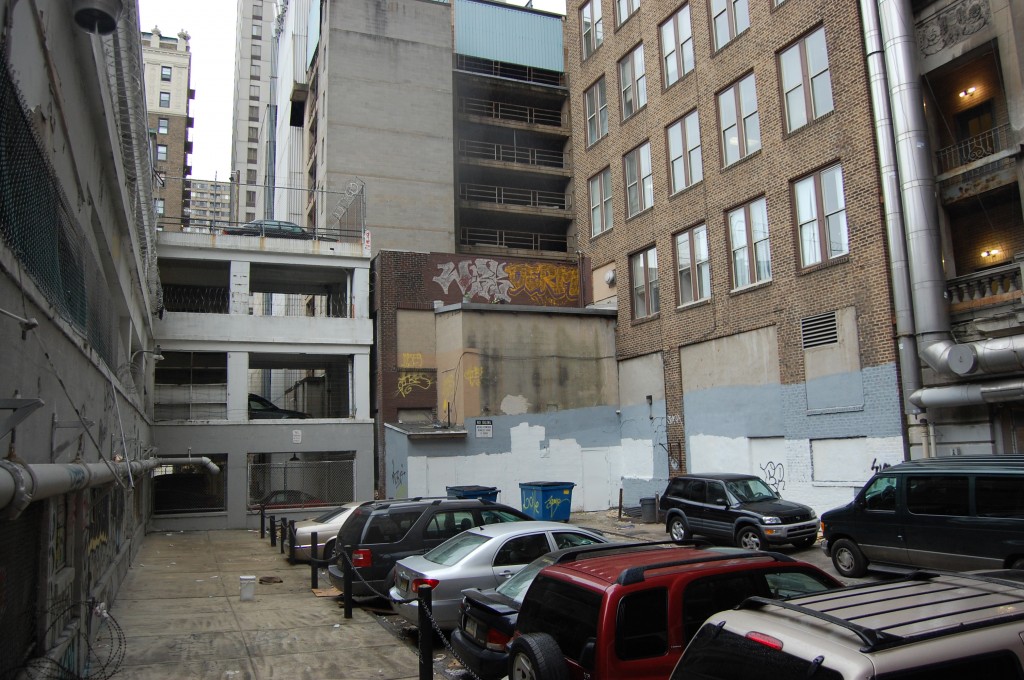 The center of the block bounded by Broad Street, Juniper Street, Walnut and Locust Streets contains a concrete and asphalt “no-man’s land” bounded on all sides by high-rise buildings. Now used as un-metered parking and a place for dumpsters, some Philadelphians maintain that this space was set aside in colonial times as a clearing in the grid for Lenni Lenape to pitch tents when visiting the city. A cursory look at early city maps references no such thing. If nothing else, such an early if forgotten use of this small place is a thought-provoking urban legend.

Detail from the Plan of the City of Philadelphia, 1830