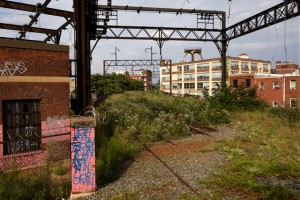 Martin Filler, writing on the New York Review blog, says that with the completion of phase 2, “the High Line feels wholly consistent and yet never repetitive throughout its entire mile-and-a-half length.” This has something to do, he says, with having both a holistic vision and the desire to variegate experience.

Proper sequencing is therefore critical, a point already being revealed in the fledgling Reading Viaduct project. In this age of shrunken finances, how to initiate (and implement) an ambitious vision? Taking the Race Street Pier as a cue, city officials want to think small first, raise excitement, and, in time, achieve broad transformation.

Don’t we often wish this city would seize the moment?

A phase one would begin design for a portion of the City Branch of the elevated railway–owned by SEPTA and therefore simpler to acquire–the sideways “r” that runs from Broad and Noble to Callowhill Street. Indications are that process is underway. 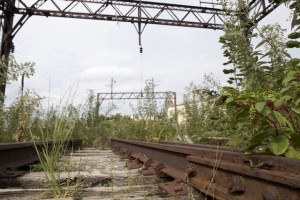 The strategy makes perfect sense. As one project observer noted to me, this is the only part of the proposed 3 mile park to which the city has–or ever will have–certain access. And building a park in that section will have immediate impact on a the Callowhill neighborhood, a place on the cusp.

But starting here will have consequences. Primary of these is that by developing here first it precludes using this most accessible section for staging and construction equipment, and according to Paul VanMeter of Viaduct Greene, it will raise the overall cost of the project considerably. VanMeter would like to see an international design competition first, anyway, and a holistic vision emerge before investing in finished design for a particular section. And after that? “Construction-wise, I think I’d start at Broad Street and go West,” says VanMeter. “Build something splashy on the West side of Broad St at the Inquirer Building and behind the Rodin.”