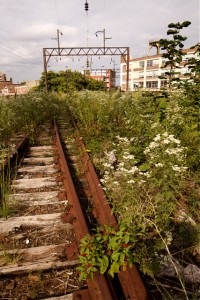 Paul VanMeter, of Viaduct Greene, e-mails to say there is now agreement between his organization and the Reading Viaduct Project on a shared vision for the a three mile long park on the abandoned Reading and Philadelphia railroad. This in not insignificant. Sarah McEneany and John Struble, of RVP, are the visionaries who have been advocating for a High Line-style park on the viaduct since 2001. (As Martin Filler points out in a review of the second Phase of the High Line, that project had only emerged a couple of years earlier and was essentially ignored until late 2001.)

A year or so ago, VanMeter, with experience working on the High Line, and partner Liz Maile formed ViaductGreene to help reenergize the idea, which had never caught on politically. VanMeter and Maille came on the scene with a broader vision–to connect the viaduct to the rest of the City Branch, the submerged train bed that runs along Pennsylvania Avenue behind the Rodin Museum.

Now, with the Nutter administration and the Center City District in active negotiations with SEPTA and the Reading Company for access to the site, the agreement means the opportunity to work at greater scale, at a park that would run “across multiple neighborhoods and create new connections to and from the Avenue of the Arts, the Benjamin Franklin Parkway and Fairmount Park, forming the spine of a new, animated cultural campus.” 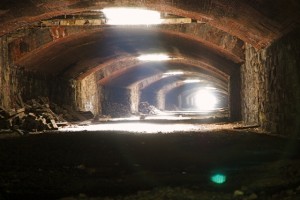 Besides “Continuous and Connective,” the other values to guide development of the park: “Green and Wild,” “Accommodating, Accessible, and Expressive,” “Historic,” “Safe,” “Fiscally Sustainable,” Environmentally Responsible.”

Tomorrow, in Possible City: thinking through next steps.