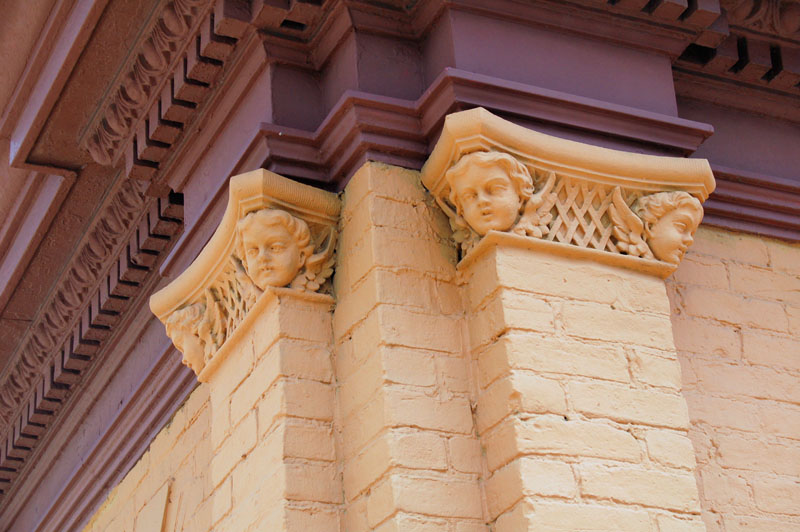 This transit terminal at 33rd & Dauphin Streets was built in 1905, a gateway between the Strawberry Mansion neighborhood and Fairmount Park. In 2007 SEPTA secured permission from the City Planning Commission to demolish the terminal and replace it with a modern facility (the project doesn’t appear in the 2012 SEPTA capital budget). Now four years on, the cherubs are still keeping watch over Dauphin Street.

Kim Miller Kim Miller was raised in Darby in the 60's and 70's. Took the #11 Trolley in those days. Traveled the globe. No other place felt like home. Now happily a Mt. Airy-ite!