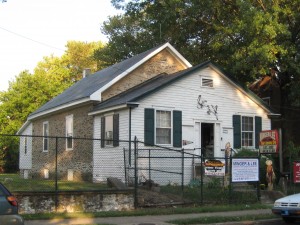 Efforts are underway to save the home of noted nineteenth-century abolitionist Robert Purvis, located on Mount Vernon Street in the Spring Garden section of Philadelphia. Some of the news coverage of these efforts has indicated that Purvis used the house in his Underground Railroad activities and that it is the last surviving Purvis site. Neither is true. Purvis moved to the Mount Vernon Street home in the 1870s, long after slavery was over.

But there is another, more important extant Purvis site: Byberry Hall. Built by Purvis in 1846 to host community meetings and anti-slavery activities, Byberry Hall is still standing on the grounds of Byberry Friends Meeting in Far Northeast Philadelphia.

Robert Purvis (1810-1898) was one of the nation’s foremost abolitionists and was considered the “President” of the Underground Railroad. A well-known lecturer, writer, and social activist, he was a key figure in the anti-slavery movement in the mid nineteenth century. While living in downtown Philadelphia, Purvis’ abolitionist activities put his life in danger and in 1844 he moved with his family to Byberry Township, then a rural area quite removed from the city. Here he established himself as a gentleman farmer and active member of the community, while still continuing his Underground Railroad activities. 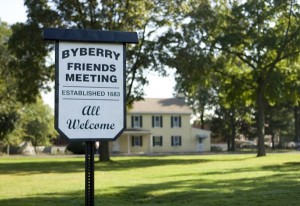 Purvis’ home was directly across the street from Byberry Friends Meeting, the local Quaker Meeting which at the time was a center of learning and culture. Beginning with the establishment of Byberry Friends School about 1720, followed by the Byberry Library Company in 1794, and the Byberry Philosophical Society in 1829, local Quakers and area residents were actively engaged in education as well as the study of literature, science, and natural history. Purvis participated in all these activities. He sent his children to Byberry Friends School and was a member of the Library Company and Philosophical Society, giving several lectures at the latter.

At the same time, Purvis was using his Byberry home as a stop on the Underground Railroad. By his own estimate, he helped more than 9,000 slaves escape to the North. In 1846 he built Byberry Hall on land adjacent to the Meeting House for use as a community meeting place. While used mainly for local activities, many famous abolitionists also spoke there, such as Lucretia Mott and William Lloyd Garrison. Through Purvis’ activities, Byberry became an important anti-slavery center. In 1878, with his abolitionist days over, Purvis moved back to the city and took up residence at the Mount Vernon house. 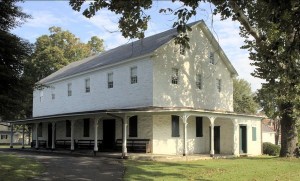 While Purvis’ house is long gone, Byberry Hall still stands, as does the 1808 Meeting House and the 1823 School House. Together, they form an impressive group of historic buildings on the Byberry Meeting grounds, a five-acre oasis of open space and history amidst modern housing developments and industrial parks. The second floor of the School House contains the collections of the Byberry Library Company and Philosophical Society and is truly a hidden historical gem. Entering this space, with its extensive library of eighteenth- and nineteenth-century books and its array of nineteenth and early twentieth-century natural history exhibits, is a unique, stepping-back-in-time experience like few others in Philadelphia.