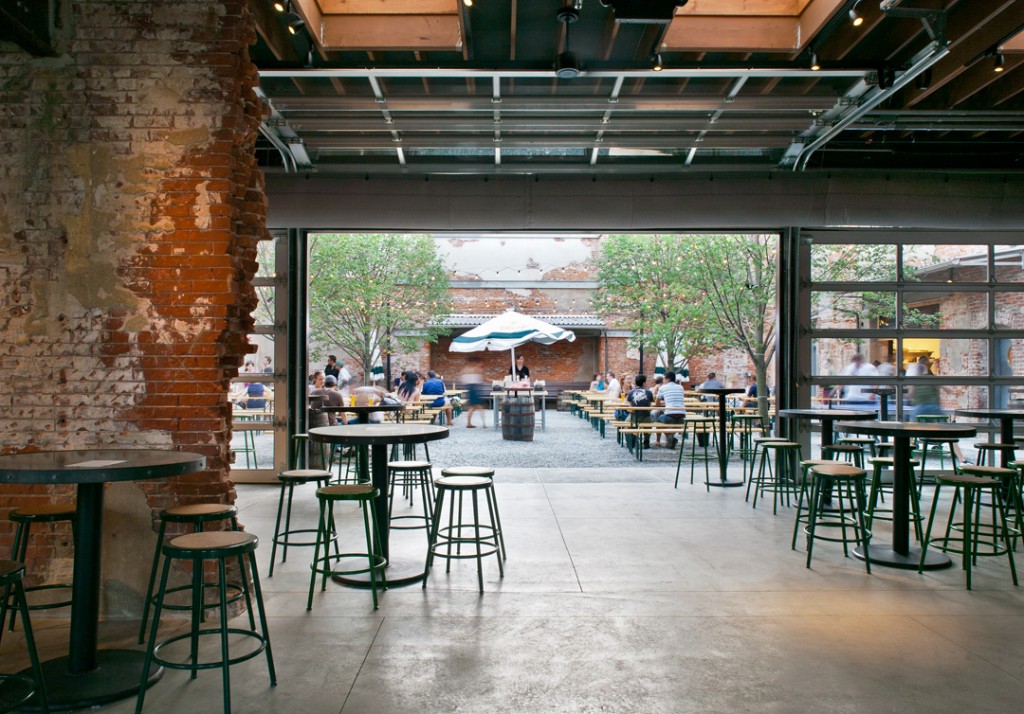 The best thing about Frankford Hall, Stephen Starr’s newish biergarten in Fishtown, isn’t its pretzels or ping-pong tables but its architecture. Rather than outfit the building in faux-Bavarian style, as Brauhaus Schmitz has done, Stokes Architecture has created a hybrid space that successfully trades on Philadelphia’s industrial history.

The original two-story brick warehouse was designed by architects Baker & Dallet for the banking and traction magnet Robert A. Balfour. The building may have been used for storage by Balfour’s Union Traction Company, a trolley line operation. Stokes—which has designed a number of other spaces for Starr—fit the concept to the existing building, which by that point had become an industrial shell. 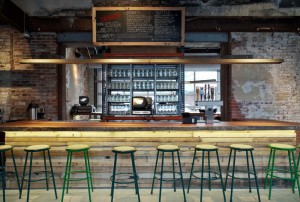 This was an unusual choice. Shells are buildings in which only the exterior masonry structure is salvageable, and they are usually torn down to make way for new construction. Yet these structures possess opportunities for creative reuse that should be recognized more often, especially in Philadelphia, which has such a large stock—3,000 according to a 2010 report.

By the time River City Flats, LP acquired the 10,000 square foot shell in 2008, the building had been empty for 20 years. The roof had caved in and weeds and small trees grew inside. What was left was a ruin of Philadelphia’s industrial past.

The current incarnation honors this past, while acknowledging Philadelphia’s post-industrial present. Stokes preserved the walls of the former structure, and punched out openings for doorways and windows. New interior elements are mostly reclaimed industrial wood and steel,  thus keeping with the building’s vernacular. Though the original 100-foot long front façade was no work of great beauty, by leaving it intact they preserve the historic fabric of the block. 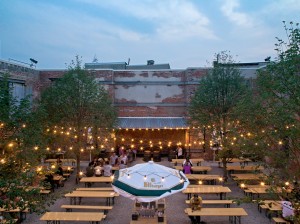 Large pivot windows open the façade to the street. A new roof covers the front third of building, and metal garage doors open onto the open-air beer garden at the back. Light floods the space. This large courtyard is covered with gravel, and 4 large Linden trees shade simple wooden tables and benches. Surrounded by 25-foot high brick walls, one can see and feel the industrial past of the building, as well as its history of neglect and eventual ruin. The Linden trees add to this sense of inhabiting an abandoned place.

Daniel Cox Daniel Cox is a photographer with a background in architecture. Cox received his BA in Architecture from Yale University and his MFA in Photography from the San Francisco Art Institute, where he was awarded a Graduate Artistic Merit Fellowship. His work has been shown nationally in solo and group exhibitions. He lives and works in Philadelphia.